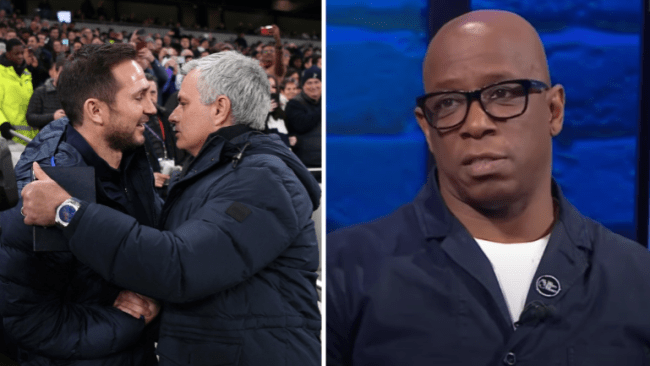 Ian Wright has made his prediction ahead of Tottenham’s clash with Chelsea this weekend and hit out at the ‘really unfair’ criticism aimed at Mason Mount.

Chelsea currently sit two points behind Spurs heading into Sunday’s encounter but will be confident of a result at home to their London rivals after six staight wins in all competitions.


And while Frank Lampard’s summer signings are beginning to click, academy product Mount has been outstanding for his boyhood club.

The 21-year-old has had plenty of doubters since his breakthrough at Stamford Bridge and Lampard has had to fend off accusations of favouritism over the past few weeks, which has angered Wright.

‘He’s having a fantastic season and it’s really unfair the way he’s being portrayed as a teacher’s pet. ‘He earns his position because of what he does in the games.’


Asked for his prediction ahead of Sunday’s game, Wright said: ‘I’m going to go with a draw, probably 2-2 or something. ‘I fancy a draw in that game.’

‘I think the Tottenham players will be delighted with what’s going on now because what they did under Mauricio Pochettino was fantastic, but is showing another way. This is Mourinho’s way, this is how he does it,’


Wright continued. ‘When you look at the way they’re playing, you look at [Sergio] Reguilon, I think he’s an upgrade on [Ben] Davies. I think [Matt] Doherty is an upgrade on [Serge] Aurier. He’s brought in two good players there to help with the forward play.

‘When you look at [Pierre-Emile] Hojbjerg’s numbers, it’s not only the fact that he can break things up but it’s his passing and possession, his tackles, the amount of fouls he commits… he somebody that’s doing that job that Mourinho wants.

‘When you’re playing against teams like Manchester City or Arsenal or even Chelsea, who will try and come at you, why not do what Tottenham are doing? It’s very effective. If you don’t pick up Harry Kane and you’ve got runners behind.

‘Against City, they totally exposed them with the quality. The ball [Tanguy] Ndombele put in, Harry Kane’s great movement in front, Son [Heung-min] going beyond. I think that works for them.

‘I’d be interested to see the Tottenham fans in there now because that works. ‘The way they are playing works and it looked pretty good against Manchester City the other day.’

5 months ago
Liverpool will now make the trip to Denmark for their Champions League clash with FC Midtjylland, after the UK government eased their travel restrictions for elite athletes. The Reds are due to travel to Midtjylland’s MCH Arena next month and that the squad would need to observe a certain period of self-isolation when […] 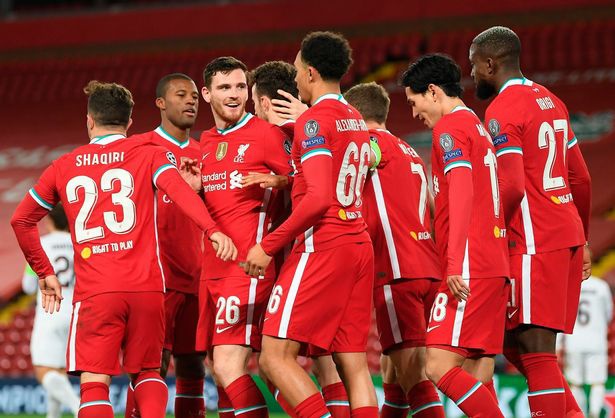