Chelsea defender Gary Cahill has accused Maurizio Sarri of a lack of respect as his career at the club heads to a disappointing conclusion.

Club captain Cahill has won two Premier League titles and the Champions League during his time at Chelsea but intends to leave when his deal expires in June.


The 33-year-old has played just 21 minutes in the Premier League football since Sarri’s arrival, with his total number of games in all competitions standing at only seven.

“It’s been really terrible for me personally,” Cahill toldThe Telegraph . “It will just be erased out of my head when I leave Chelsea. My last memory will be last season’s FA Cup final.

“It’s been very difficult. I have played on a regular basis over the previous six seasons and I’ve won everything with Chelsea, so to be watching from the stands is something I didn’t expect.

“I know how the whole club works, I’ve got a big relationship with all the players and staff, and yet none of that has been utilised.


“If you are not playing a player, any player, for two, three, four games, then you don’t have to give a reason for that. But if it gets to eight or nine games, then you have to explain the situation. What’s going on? But the manager hasn’t done that.

“I see some of the situations with players who won the title with Chelsea, not just myself, and it just hasn’t been right. It makes it very hard for me to have respect for someone who has not respected what some of us have won with the club.”

Cahill was linked with a loan move in the January window, though that failed to happen, in what has been a wasted campaign.

“I went to the World Cup and didn’t play, but I came back with an even higher opinion of Gareth Southgate. It’s all about how you treat somebody,” he said.

“I’ve adapted to the different tactics, formations and philosophies of all the managers I’ve played under and will continue to learn from my next coach.

“I’m quite proud with how I have dealt with it. I’ve not been disruptive and I’ve trained hard every single day.

“I’ve got respect for all the other people at the club, the players and the staff and the people who helped to give me a chance, so it’s been important to me to conduct myself in the right way. And when you see an Ethan Ampadu, or another young player coming through, he can see how you behave every day, so you have to set the right example.”


Cahill added: “People talk as though my career is coming to an end, but it’s not like that for me at all. I 100 per cent see me playing another three or four years easily in terms of the way I look after myself.

“I’m ready to go and I leave this club thankful to all the players, staff and fans who have helped me so much, and I go with my head held high.”

Sun May 5 , 2019
Jurgen Klopp says Liverpool need to assess Mohamed Salah before discovering the extent of the injury he suffered in the victory over Newcastle United. Salah was in tears as he was taken off the field on a stretcher during the key Premier League win at St James’ Park on Saturday. […] 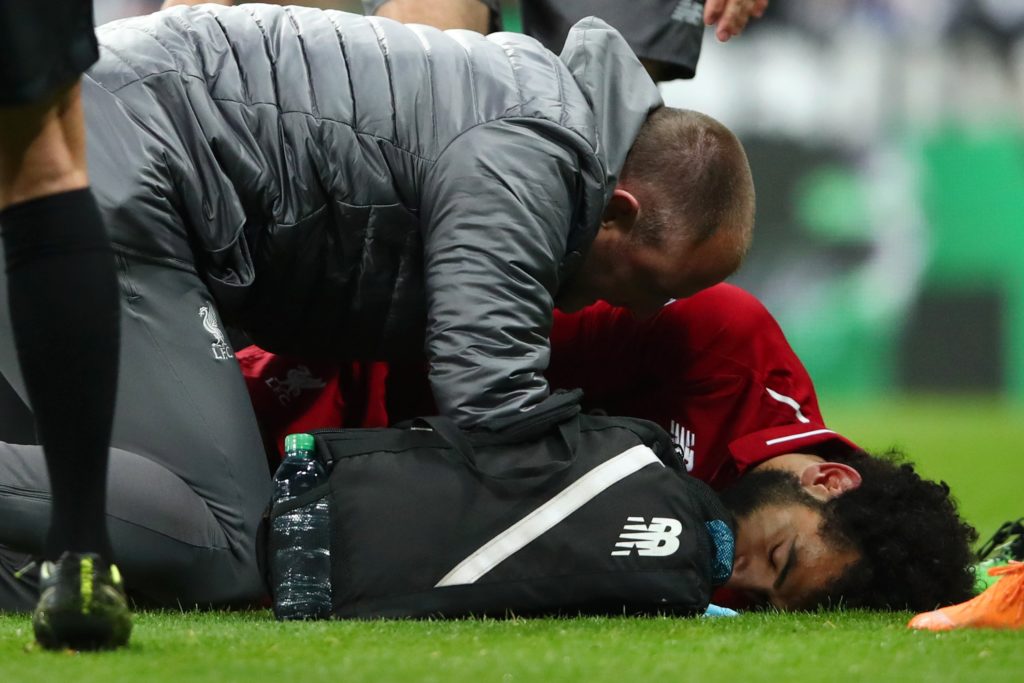