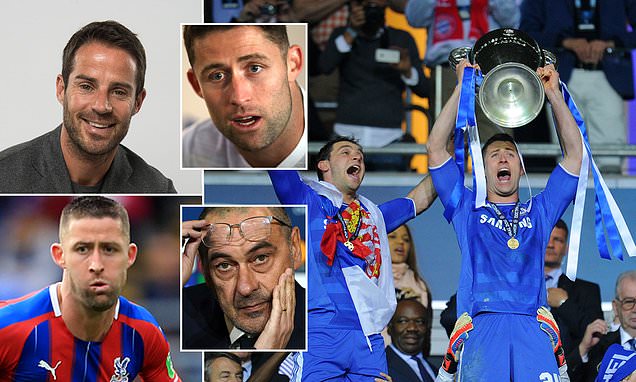 Gary Cahill conceded it’s ‘difficult to have respect’ for Maurizio Sarri’s actions during his time as Chelsea head coach and admitted their broken relationship was impossible to fix.

The former Chelsea captain, who ended an eight-year spell at the Stamford Bridge to join Crystal Palace, felt he was never given an opportunity under the Italian.


Sarri only spent one campaign with Chelsea, delivering a top-four finish and winning the Europa League, but despite his success, he found himself heavily criticised by the club’s supporters.

And Gary Cahill slammed the Italian, who now manages Serie A side Juventus, for his conduct during his spell in charge of the London team.

‘We went to the 2018 World Cup, got to the semi-finals, so I missed pre-season, which I think was massive looking back now,’ Cahill told the Daily Mail.

‘[Sarri] was very much into his tactics, probably too much, and I missed all of that.


‘I was on the back foot. To be brutally honest, halfway through the season, the relationship was gone. I don’t think that was ever going to be recovered.

‘It’s difficult to have respect for some of the things he did. But I have a lot of respect for the club, and for the players.

‘As a big figure then, as captain, to go about things totally the wrong way, which I easily could have done, it’s not the way to do it.


‘Was that easy? No. Was that one of the mentally toughest things to deal with? Especially because it went on for so long? 100%.

‘The maddest thing is when you don’t play for whatever reason – if you’re out of form, or if you had a few bad games and someone is playing better than you – I know in my head that if you give me four or five games in a row, I’ll be back. I’ll take my chance.

‘You know that in yourself because you’ve got that burning desire inside of you. Give me five games and you won’t get this shirt back.

‘That’s an arrogance you have to have. The problem is he never gave me that.’

3 months ago
Deeney explained how Watford targeted Fred as a weak link in the team Troy Deeney has revealed that Watford players targeted Manchester United’s Fred in their recent Premier League game, though praised the player for always trying to be positive. The clubs faced off at the end of February, with […] 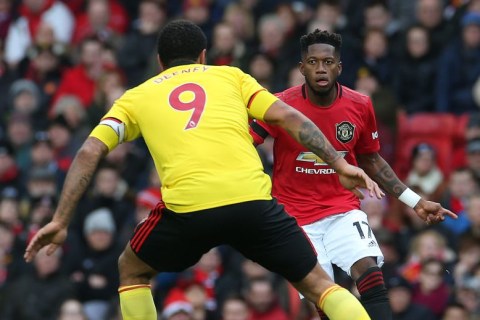