Gary Cahill says he may have to leave Chelsea in the January transfer window because he is finding the lack of playing time “very difficult”.

The 32-year-old joined Chelsea in 2012, but he has yet to make a single appearance for the club this season.

“I don’t want to jump the gun but as things stand at this time, probably, yes [I might have to leave in January],” Cahill told The Daily Mirror.


“First of all, the team’s doing well which is the most important thing. Having been a big part of things for six years, seven years and played a huge part, not just a squad player, I’m definitely finding it difficult this year to deal with that situation.”

The England international has fallen behind Antonio Rudiger, David Luiz and Andreas Christensen in the pecking order at Chelsea and has admitted that “sometimes you have to make tough decisions” for the progression of your career.

Despite not playing, he revealed that he has not broached the subject with Chelsea head coach Maurizio Sarri yet, instead waiting for the manager to be “comfortable” with choosing him.

“To go under a new manager, learn a new way of defending and new ideas that he has, I am sure he didn’t feel comfortable in putting me in,” said Cahill.


“So there’s no arguments from my point of view, hence why I’ve not seen him. When you’re winning games, you have to sit tight and suck it up and deal with it.

“For me to do this all season is going to be very difficult.”

Berno Leno admits he is frustrated with Unai Emery

Sat Sep 22 , 2018
Bernd Leno admits his frustration at the lack of playing opportunities since his summer transfer from Bayer Leverkusen. Unai Emery sanctioned a £19million deal for the Germany international but the 26-year-old has been forced to play behind Petr Cech in the pecking order who has started all five of Arsenal […] 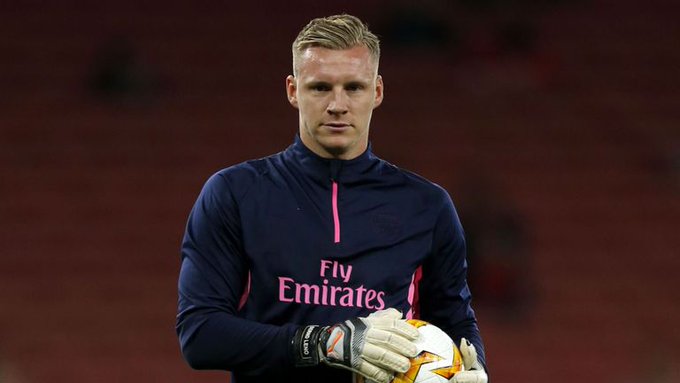