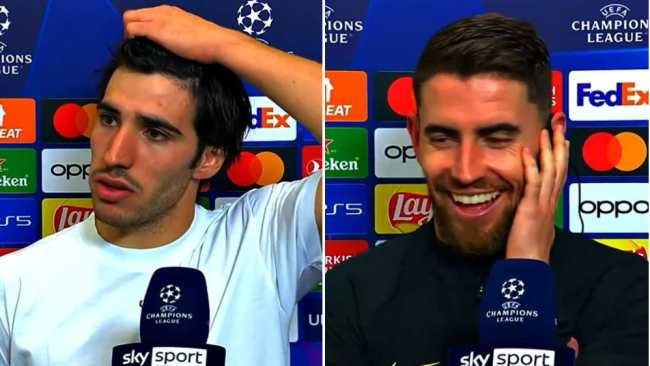 The Serie A champions were reduced to 10 men after just 18 minutes as Fikayo Tomori was sent off for a soft foul on Mason Mount inside the penalty area.


AC Milan’s players were furious with German referee Daniel Siebert, who was jeered off at the break at San Siro, while goals from Jorginho and Aubameyang sealed Chelsea’s 2-0 victory to put them top of Group E.

But Italian broadcaster Sky Sport Italia rubbed more salt in AC Milan’s wounds after the match as they cut to Jorginho laughing while Tonali aired his complaints about the penalty and the referee’s performance.

‘There are so many incidents like that during a game. When you give a penalty and a red card after 18 minutes, for a touch like that,’ Tonali told Sky Sport Italia.

‘We may as well make it basketball where any touch is a foul. It felt like that anyway, we had several yellow cards for ridiculous, embarrassing free kicks in the first half alone.


‘Anyway, we have to look at the rest of the game. We tried to play with pride and passion, even if it was very difficult in the circumstances.

‘It’s disappointing for all the fans who came here tonight, packed the stadium and expected a different match. We thank them for coming.’


Jorginho, who was laughing at Sky Sport Italia’s pundits saying that Chelsea should not have been awarded a penalty, said: ‘I think it was a penalty. Maybe not a red card, but yes a penalty.

‘Obviously, it’s a different game when you are a goal up and against 10 men, it facilitates everything. ‘This time it was us who were facilitated, it’s an important victory for us.’

4 months ago
Chelsea defender Reece James says he’s ‘crossing his fingers’ in hope that the injury isn’t serious after his World Cup chances were cast into doubt. The 22-year-old limped off during Chelsea’s conformable 2-0 victory away to AC Milan in the UEFA Champions League on Tuesday, with less than six weeks […] 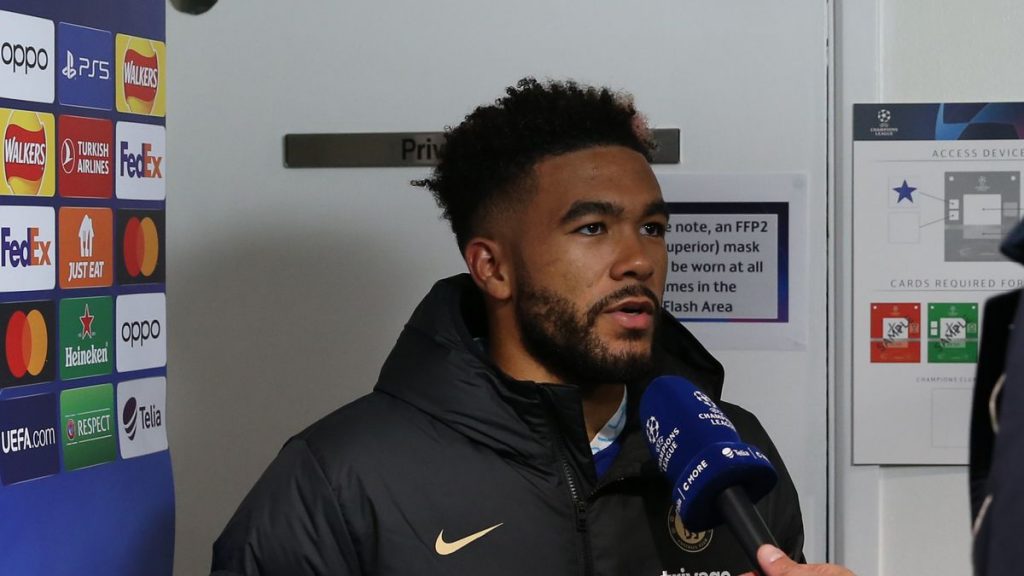