While football fans will be able to watch Lionel Messi’s greatness in the Champions League semi-finals, Cristiano Ronaldo will have to watch his rival in action from afar after Juventus were knocked out by Ajax.

Juventus suffered a surprising 2-1 loss to Ajax’s young guns in Turin, as the Dutch team bounced back from Cristiano Ronaldo’s opener to progress.


As Ronaldo’s dream of a fourth successive Champions League died, Messi was on fire for Barcelona in their demolition of Manchester United at home.

After the match, Messi was told Ronaldo and Juventus, who could have faced Barca in the final, were no longer in the competition.

‘That tells you everything [about the competition],’ said Messi.

‘Any team is complicated, be it Liverpool or Porto [who Barcelona will face in the last four].


‘There are those who deserve, the best, and everything is going to be complicated.’

Ajax managed to overturn an away goal deficit from the first leg to score two of their own in Italy.

Donny van de Beek scored to make the game level just after the half hour mark before club captain Matthijs de Ligt headed the away side in front.


Barcelona now wait to see if they will face Liverpool or Porto in the next stage of the competition, while Ajax will play either Manchester City or Tottenham.

Thu Apr 18 , 2019
Virgil van Dijk believes Liverpool must defend ‘together’ as a unit against Lionel Messi when they fight Barcelona for a place in this year’s Champions League final. Liverpool sealed their spot in the final four with a 6-1 aggregate win over Porto on Wednesday after Sadio Mane, Mohamed Salah, Roberto […] 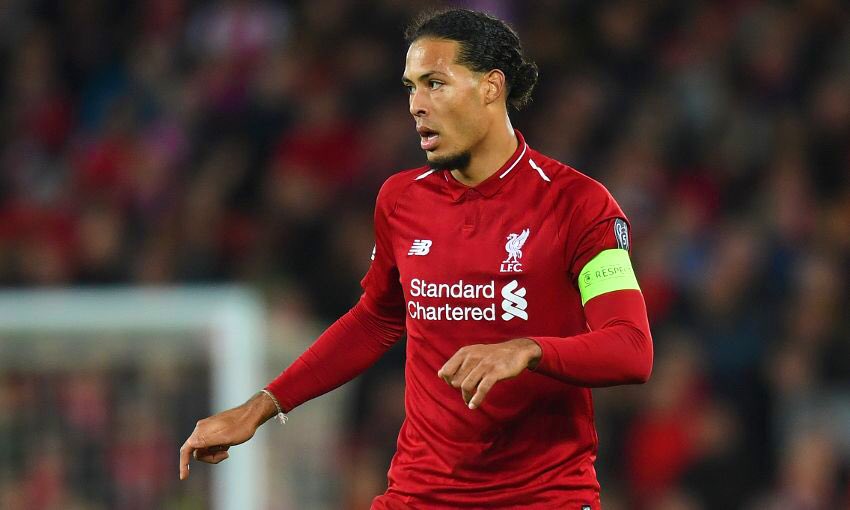