The Blues appear to be increasingly resigned to losing the Belgium international this summer window.


He has just a year left on his contract at Stamford Bridge and they could go to his former club for an ideal replacement.

Lille and Ivory Coast winger Nicolas Pepe has emerged as that player after an incredible breakthrough campaign in Ligue 1, according to The Mirror.

The French club have slapped a £70m price tag on the 23-year-old, who has scored 19 goals in 33 matches this season and helped them to second in the table.

He has been lined up to replace the Belgian despite the impending transfer ban that circles over the club.


They are fighting the two transfer window ban handed to them by FIFA in February for breaching the rules around the transfer of minors and are waiting to hear from them if their appeal for a delay has been approved.

Eden Hazard remains a long-term target for Real Madrid, and that has been boosted since the return of Zinedine Zidane as head coach last month.

The Chelsea man has enjoyed another impressive season, scoring 19 goals and registering 12 assists in all competitions, but Zidane is still unsure he will able to fill Ronaldo’s boots.

‘The problem is that Cristiano [Ronaldo] cannot be replaced,’ the Madrid boss said.


‘He is gone, but we can bring any player and the player who comes will not do the same as Cristiano.’

Messi reacts to Ronaldo's exit from the Champions League

Wed Apr 17 , 2019
While football fans will be able to watch Lionel Messi’s greatness in the Champions League semi-finals, Cristiano Ronaldo will have to watch his rival in action from afar after Juventus were knocked out by Ajax. Juventus suffered a surprising 2-1 loss to Ajax’s young guns in Turin, as the Dutch […] 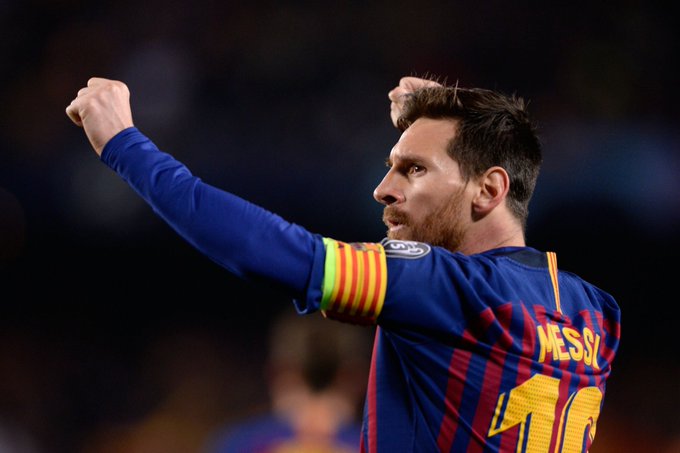