Paul Pogba provided some fascinating insight into how things have changed for him at Man Utd since Ole Gunnar Solksjaer took over from Jose Mourinho.

The France international was struggling to hit top form in the first part of the season, as he was even dropped to the bench on occasion by Mourinho prior to the Portuguese tactician’s exit last month.

Since Solskjaer was appointed interim manager, Pogba has contributed four goals and four assists in his last five Premier League games, with United going on to win all those five matches.

As noted by The Guardian, the Frenchman even admitted at the start of the campaign that he wasn’t happy, but clearly now playing in his favoured role and flourishing.

“I am enjoying playing football it was really difficult with the system and tactics we used to play,” he told Sky Sports, as quoted by the Manchester Evening News.

“I like to be more attacking, pressing and play high rather than defending. When I have to defend, I miss my lucidity it is not my best place but when I play there (further forward) with the team I think my position that is when I feel the most comfortable.”

“The manager told me to get in the box and get goals because I will score if I’m in the box. It helps me to know Matic will be there and we can press high, that’s what I have been doing since the manager came I know I have security there and I have the freedom to go.”

The Red Devils dropped their high press from previous matches and were set up to hit Tottenham on the counter.

Pogba says they knew exactly how to hurt them. “We knew we could hurt them like this (releasing Rashford and Martial quickly). They are very good on the ball.”

“It’s a great ball [to set up Rashford’s goal], but we’ve been training on this,” Pogba told Sky Sports.

“We knew that was the weakness of Tottenham. We needed to attack on the opposite side, that’s what we did and we scored a goal. We knew it would be very difficult, we knew we could hurt them on the counter.”

Mon Jan 14 , 2019
Jurgen Klopp considers missing out on Sadio Mane during his time at Borussia Dortmund to be “one of my biggest mistakes ever”, but the German has been able to right those wrongs at Anfield. Back in 2014, the senagal intternational was preparing to part company with Red Bull Salzburg. A […] 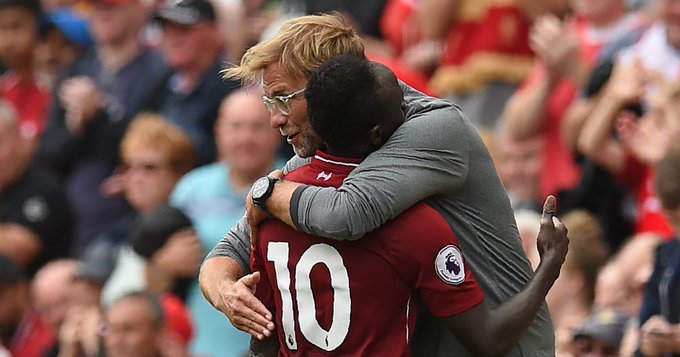