Jose Mourinho has claimed that his failure to get the best out of Paul Pogba at Manchester United was because he did not have the right ‘chemistry’ with the Frenchman.

Pogba has made an immediate improvement since Ole Gunnar Solskjaer replaced Mourinho as head coach in December with nine goals and seven assists in 15 games.


During his time at Old Trafford, Mourinho clashed with Pogba and the 56-year-old concedes he needs to improve how he manages players he is not on good terms with.

‘I think the thing that normally is crucial and I’m thinking about all these things in the two months I’ve not been working,’ Mourinho told beIN Sports.

‘You try to always to find solutions for the problems, there is one problem that I cannot find a solution which is – when the player is playing he likes the manager, when he’s not playing he doesn’t like the manager.

‘This is something basic that you can try to control a little bit, but that’s the nature and that nature you’re not going to change.

‘Then, I think it’s about like in every job in the world with human beings, we like some people more than others. That’s normal.

‘It’s the personality, the way of being, the way of thinking, you have more chemistry, empathy and chemistry.

‘And that’s why some players are phenomenal with one manager and with another not so good. It’s chemistry.


‘And one of the things I want to analyse and detail and to try to understand this situation better, you have to care more about the relations with the ones you don’t like.

‘Because the ones you like and the ones who love you, you don’t need to feed it every day and every moment because it’s something you have for granted.

Thu Mar 7 , 2019
Paris Saint-Germain head coach Thomas Tuchel was not impressed by Manchester United’s tactics as they eliminated his team out of the Champions League on Wednesday. United secured a 3-1 win at the Parc des Princes to go through to the quarter-finals on away goals, thanks to a Marcus Rashford penalty. […] 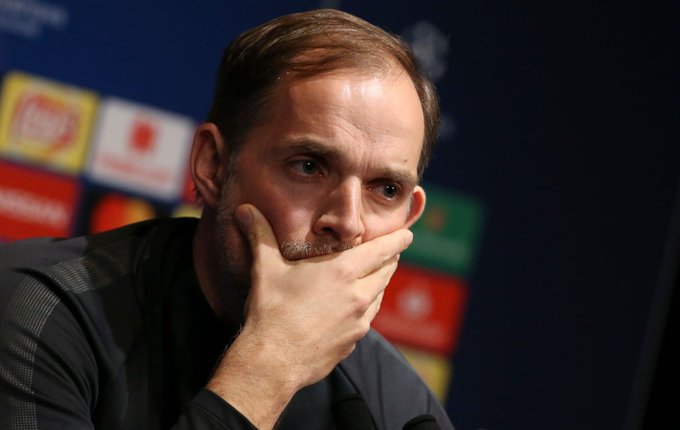