Thomas Tuchel has conceded Paris Saint-Germain missed Neymar in their shock loss to Rennes and ruled out an exit for the Brazilian unless an adequate replacement is brought in.


Neymar’s prolonged absence from the squad continued on Sunday as the Ligue 1 champions fell to a 2-1 defeat at the hands of Rennes in their first away outing of the new season.

The 27-year-old has been recovering from an ankle injury that has ruled him out of action since June, while questions remain over his future amid links with former club Barcelona and Real Madrid.

After seeing his club struggle for creativity at Roazhon Park, however, manager Tuchel stood firm on his stance that PSG must keep hold of the forward.

“He will not leave without recruitment, it is not possible,” Tuchel said at his post-match news conference. “It’s clear – if he stays, we will have a player who will help us win.


“We lacked capacity for acceleration. There were small situations where space opened but we were not decisive.”

Tuchel told Canal +: “I always say the same thing, the transfer window is open even more than 10 days and you think it will be settled tomorrow or the day after tomorrow?

“What I think is not important. Today my player cannot play because he has not done any training like the others. This is the situation, and nothing has changed.”

“It was a difficult match, but we expected it,” he said. “We do not have everyone available. Some players only participated in two weeks of training.


“These situations are normal in August. We are not at our best. Against a physical team like Rennes, who gives everything, whose players run like crazy, in a match in prime time, it’s normal that it was complicated for us.

“We conceded a goal with a two against one in the area. We got very close to the Rennes area, but we lacked tenacity to win against some offensive.

“In these conditions, it was difficult to create opportunities. We can lose a match like that, but we could win it too.”


Despite a run of five away defeats in six league matches stretching into last season, Tuchel insisted he does not fear the sack and called for some patience.

“I’m a very happy man,” he said. “There is no one who is putting more pressure on myself than me. It’s the same for every coach.”

“We can play better than today. Things are not easy – everyone has improved in Ligue 1 and the Champions League. It’s time to be patient and to keep your confidence. We cannot question everything after a bad result.”

Mon Aug 19 , 2019
Manchester United forward Alexis Sanchez is close to ending his nightmare at the club and will undergo a medical at Inter Milan, according to reports. The Chilean will arrive in Italy on Tuesday ahead of a loan move to Inter with a view to a permanent deal. According to Sky […] 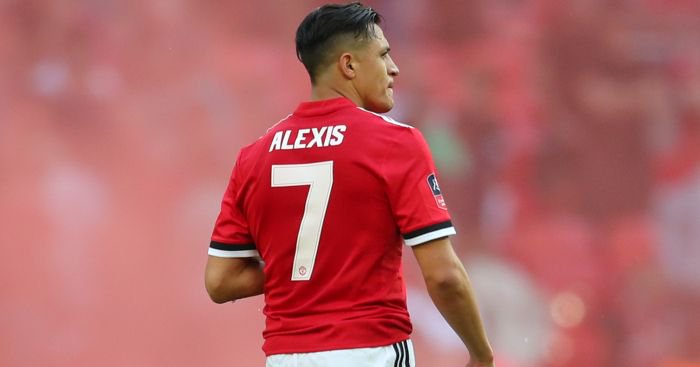