Paris Saint-Germain have submitted a stunning €270 million bid to sign Philippe Coutinho from Barcelona, according to reports.

Barca signed the Brazil international from Liverpool for £142m inJanuary but now have the opportunity to make nearly £100m on the player.


According to Mundo Deportivo , PSG have not directly contacted Barca but submitted their world-record offer to one of the Brazilian’s representatives.

Barca are not willing to sell the midfielder and would only allow him to leave if PSG met his €400m release clause.

Since signing for Barcelona, Coutinho has made 22 appearances in all competitions, scoring 10 goals and providing six assists.

Brazil were eliminated by Belgium in the quarter-finals last week and Coutinho conceded after the World Cup that he expects criticism following their exit.


‘We wanted to go all the way to the final but we’ve given our best shot. Everyone gave everything,’ the midfielder told SporTV.

‘I’m sure will be beaten up by criticism from all sides.

‘Life goes on, that’s football. You win and you lose.

‘We’re sad because we wanted to win badly, like all Brazil. Unfortunately, we couldn’t.’

Mon Jul 9 , 2018
Chelsea target Jean-Michael Seri has reportedly not joined Nice’s pre-season training camp and is in London to seal a move to the Premier League. The Ivory Coast international has attracted the interest rate of a number of big clubs in Europe, with Barcelona linked with a transfer last summer and […] 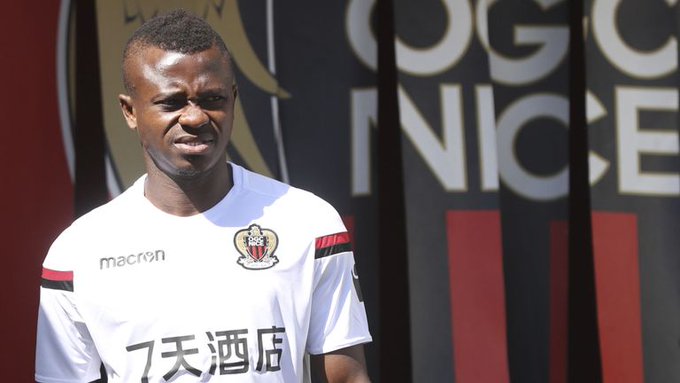