Raheem Sterling has issued a warning to former club Liverpool ahead of their Thursday clash by saying Manchester City “can beat anyone”.

Champions City will play Liverpool at the Etihad Stadium in the most eagerly-anticipated match of the campaign so far.


City trail Liverpool by seven points heading into the showdown but Sterling says they are not overawed by the prospect of toppling Jurgen Klopp’s unbeaten team.

“If we can play the way we know we can play, we can beat anyone,” Sterling said.

“It’s going to be a great game on Thursday and we’re all ­looking forward to it.”

City manager Pep Guardiola told Sky Sports their game with Liverpool is a must-win contest because defeat would leave them trailing them by 10 points.


Sterling insists City are confident ahead of Thursday match and says the squad feel rejuvenated after Sunday’s 3-1 victory at Southampton.

“It was massive to win and we knew we had to win to give ourselves a chance,” he said. “It’s a massive step and just what we needed.

“We had two poor games and we knew we needed to win to give ourselves a chance and we did just that. Our previous two results were difficult to take and I thought we bounced back brilliantly.


“I think we owed it to ourselves and as a team to bring that level we know we can bring.”

Tue Jan 1 , 2019
Isco’s transfer to Chelsea this January transfer window is off after the player demanded more money, according to reports. Chelsea were all set to sign the Spain interntional in a £75million deal and were prepared to pay substantial add-ons. Isco and his agent were picking up signing on bonuses, driving […] 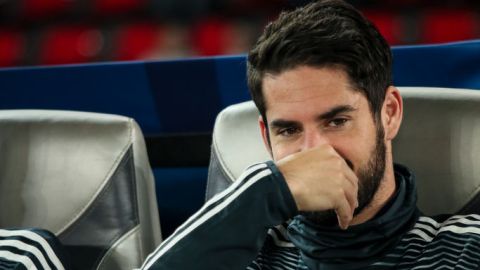