Ole Gunnar Solskjaer says Sir Alex Ferguson would be welcome to give a team talk to his United squad before Sunday’s game against Liverpool.

United entertain Jurgen Klopp’s men at Old Trafford this weekend and will be looking to put a dent in their title bid, as well as helping their bid for the top four.


Solskjaer has made an incredible start as United’s caretaker manager, losing just one of his first 13 games in charge.

The Norwegian has leaned on Ferguson for advice in the role and he says his former boss would be welcome to speak to the players before the match.

‘He would be welcome to have his talk to the players if he wanted to, the gaffer, because we know how much it meant for him to oveplrtake Liverpool,’ said Solskjaer.

‘I think our players know what it means for everyone at Man United.’

Solskjaer also provided good news on the chances of Anthony Martial and Jesse Lingard playing a part on Sunday.


Both players were initially ruled out of the match but the 45-year-old says he hopes to have the duo fit.

‘I hope and think Anthony will be ready and I hope Jesse will be ready because it’s two different injuries,’ Solskjaer told MUTV.

‘So maybe more hope than think, with Anthony as well, but he’s got a chance. Anyway we still hope Jesse could be ready. Let’s see.


‘We’ve still got a couple of days’ training and they need to be part of it.’

Fri Feb 22 , 2019
Chelsea manager Maurizio Sarri has taken a swipe at Arsenal as he defended his record with Chelsea and believes he is being unfairly criticised compared to Unai Emery. The Italian oversaw a 3-0 victory against Malmo in the Europa League last 32 to progress to the next round, though his […] 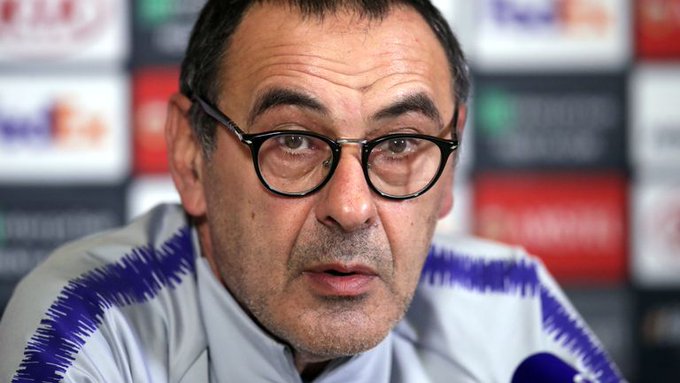