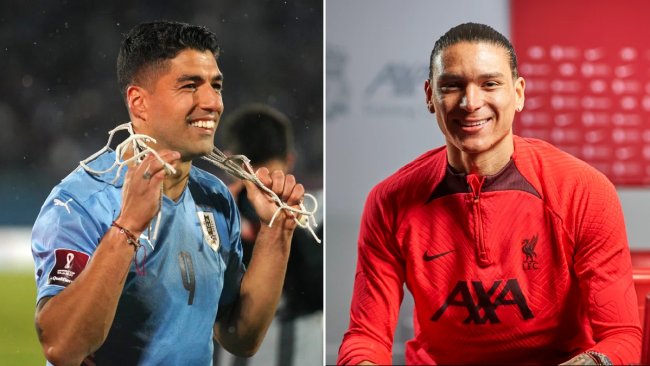 Luis Suarez has congratulated fellow Uruguayan attacker Darwin Nunez on his move to Liverpool and has backed the former Benfica player to beat his goal tally for the Reds.

The Merseysiders confirmed the signing of the 22-year-old – who netted 26 league goals last campaign in just 28 games – earlier this week in a deal that could reach as much as £85m after various bonuses and add-ons.


Nunez follows in the footsteps of countrymen Suarez and Sebastian Coates, both of whom wore the No.27 jersey – the same jersey number the youngster has now picked.

Suarez’s legacy at Anfield played a major role in Nunez’s decision to move to Liverpool, with the player having netted 82 goals in 133 games for the Reds after signing from Ajax in 2011.


But the older Uruguayan does not believe his goal record will be safe for long and has backed Nunez to better his tally, sending his international team-mate a message on social media after the transfer move was confirmed.

Replying to a post of Nunez drinking mate which he had captioned ‘Forever Uruguayan’, Suarez wrote: ‘I was the first one too! But I hope you come first in GOALS. Hug!!’

Suarez has been championing his compatriot for some time and even recommended Nunez to Barcelona when he was just a teenager, though the Catalan club did not act on his tip.

Speaking to Spanish journalist Gerard Romero on his Twitch channel, Suarez recalled: ‘I recommended Darwin to Barcelona when he was at Almeria. I have 15 years of international experience. I know a thing or two about forwards.

In his unveiling interview, Nunez said he would reach out to Suarez to get advice, saying: ‘I’ve not had a chance to be in touch with him just yet. But I’m sure when everything comes out on social media, I’ll give him a call or I’ll send him a photo that I’ve taken where he’s there in the background in a picture.

‘I’ll send that to him and we’ll have a bit of a chat and I’ll ask him lots of questions so he can offer his support and help because he’s a real reference to me because he’s a Uruguayan footballer who made history at Liverpool. But, for sure, I’ll get the opportunity soon to call him and have a chat with him.’

8 months ago
Inter Milan CEO Alessandro Antonello has confirmed Romelu Lukaku wants a return to the Italian team this summer and says he is hopeful of finally agreeing a deal with Chelsea. The Blues spent almost £100million to sign the Belgium striker from Inter last summer, but Lukaku wants to return to […] 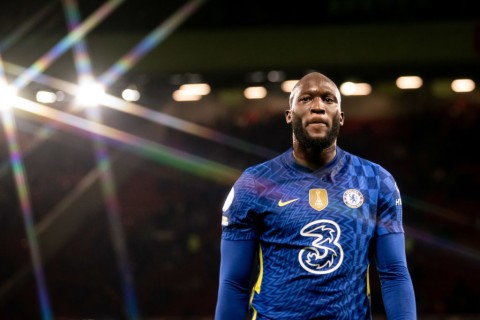