Jack Grealish is set to inform Aston Villa’s new owners that he wants to sign for Tottenham Hotspur and chase his dream of playing in the Champions League.

Spurs are finally ready to make an opening offer for the 22-year-old this week and it is believed Mauricio Pochettino is interested in signing Grealish before the window closes.


Grealish is keen to work with Pochettino, who he thinks can help fulfil his ambition of playing for the England national side, and he has now decided to leave his boyhood team.

Fulham have also shown interest in him this summer but the prospect of playing in the Champions League, which Tottenham can offer, is a huge incentive.

Steve Bruce, the manager, has admitted that Villa’s stance on Grealish has changed after the new investment into the club.


“I know for a fact from the owners [that] anybody wanting to buy Jack Grealish will not buy him on the cheap,” he said.

“It’s only what somebody else is prepared to pay – what he’s worth. Until I have the conversation I can’t really answer the question.

“[But] If we have to sell them then at least we get the right price for them and can move forward.

“If anybody is going to buy one of our players now they are going to have to pay a premium.”

Bruce will meet with Aston Villa’s new owners for talks on the club’s strategy for the future in the next 48 hours.


His own future is uncertain ahead of the meeting, as there is support on the board for Thierry Henry as a surprise replacement.

Mon Jul 23 , 2018
Harry Maguire has left the door open for a transfer to Manchester United this summer by conceding that ‘everyone wants to play at the top. The 25-year-old was signed by Leicester City from Hull City in a £17m deal last summer and had an impressive debut season for Leicester. Maguire […] 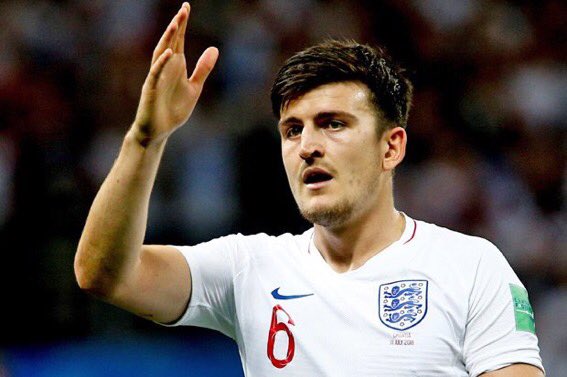