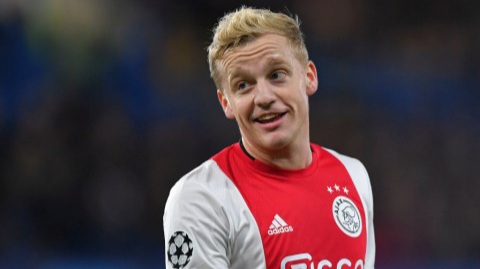 New Manchester United signing Donny van de Beek has revealed that Steven Bergwijn asked him to snub a move to Old Trafford and sign for Tottenham instead.

The 23-year-old completed his £40m transfer from Ajax to United last week but he attracted huge interest from several European sides including Real Madrid, Barcelona and Arsenal.


Tottenham were also in the race to sign the midfielder and Mourinho’s side reportedly made a late push to sign the Netherlands international ahead of the Red devils.

And Van de Beek has now claimed that Bergwijn, who he played with for Ajax’s academy, attempted to convince him to make a move to Spurs ahead of United.

‘I have to say that he just sent me a message: ‘Are you coming to us or not?’ said Van de Beek. ‘We often have contact. We used to play together at Ajax for a long time and have actually always kept in touch.

‘I think we will see each other again soon. ‘But I chose to join United. It’s a fantastic step, and I think now is the right time.’


Meanwhile, Van de Beek’s former youth team manager at Ajax, Ruben Jongkind, believes it would have been a ‘disaster’ for the player if he opted to join Real Madrid instead.

‘He will be challenged, the average age in the Premier League is probably around 26 or 27, but I think he has shown in European campaigns that he has enough skills to play at the highest level,’ Jongkind told Manchester Evening News.


‘He likes a challenge and he has this mindset that he wants to go further every time. I think this is a better time than, for example, [Justin] Kluivert to Roma, that was too early.

‘It is also a good club to move to. United have a history of bringing in youth players, I think it’s a great choice, much better than Real Madrid, I think that would have been a disaster.

‘The playing style is more akin to Donny at United than Real Madrid as well.’

4 months ago
Alexandre Lacazette has hinted his future lies with Arsenal despite speculation linking him with an exit away from the Emirates this summer. The France international scored 12 goals in 39 matches for the Gunners last campaign but his place in Mikel Arteta’s team has been called into question at times […] 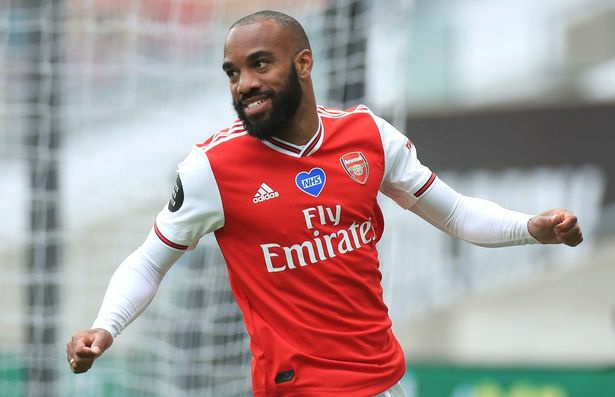