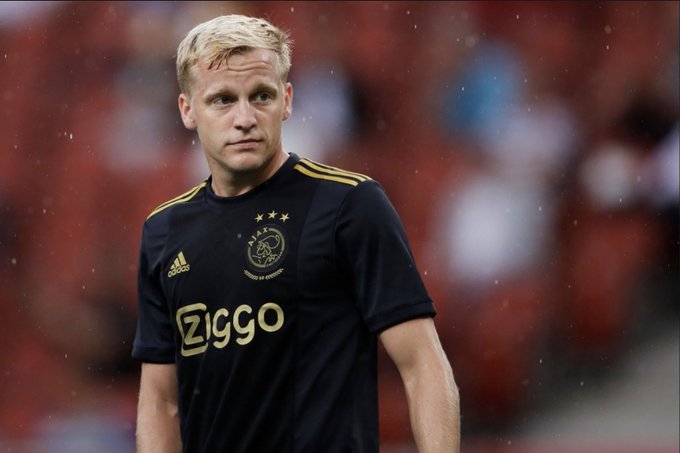 Donny van de Beek has reportedly told his Ajax team-mates that he will be completing a move to Manchester United this summer.

Van de Beek has chosen to sign for Ole Gunnar Solskjaer’s side ahead of Barcelona, who were also interested his signature.


Barcelona were delaying over a deal as they wanted to sell some of their players in order to raise funds to match the £49m price tag placed on the midfielder’s head.

But they have been beaten to his signature by the Red devils and the player is set to travel to Manchester next week in order to complete his move to Old Trafford, according to Sport.

Van de Beek has been promised he will be allowed to leave by Ajax this summer and was left out of their friendly games against Eintract and Union Berlin.

And Ajax manager Erik ten Hag confirmed after the match that Van de Beek was not injured. He said: ‘There are indeed developments that keep him out of the squad [to face Eintracht Frankfurt].’


It’s a blow to new Barca boss Ronald Koeman, who is a huge admirer of Van de Beek. They worked together in the Dutch national team and the coach was keen to make him his first signing at Barcelona.

He is currently overseeing a big clearout at the club, while also attempting to handle Lionel Messi’s push to leave the club this summer.

5 months ago
Manchester United have joined Liverpool in the race to sign Bayern Munich midfielder Thiago Alcantara, according to reports. And Bayern Munich chief Karl-Heinz Rummenigge expects to receive an offer for the £27million-rated player in “the next few days”. Liverpool seem to be in pole position to sign Thiago. But Norwegian […] 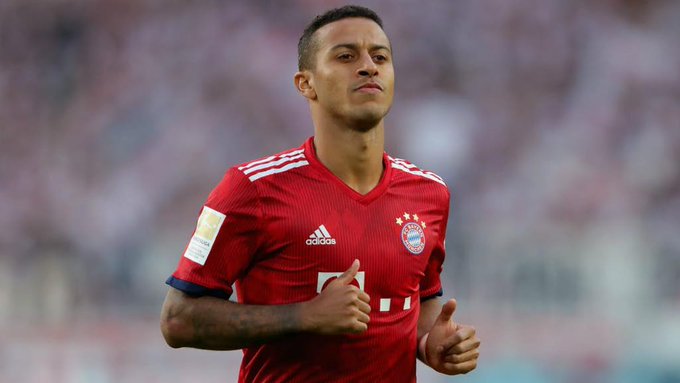