Chelsea have reportedly opened talks with club legend Frank Lampard about a sensational return to Stamford Bridge as head coach.

Blues officials have met with the Derby manager to discuss the possibility of him replacing Maurizio Sarri, who is on the verge of leaving the club.

The Italian coach is set to complete his move to Juventus this week, bringing an end to his time in the Premier League after just a campaign.


Chelsea are understood to have doubts about Lampard’s experience as a manager – he has just one year under his belt at Pride Park – but he is held in high regard by club owner Roman Abramovich after a remarkable playing career at Stamford Bridge.

The former England midfielder is odds on with the bookmakers to take over from Sarri, who has been picked to replace Massimiliano Allegri by Juventus.

Chelsea are set to earn £5million in compensation for their manager, who won the Europa League and also reached the Carabao Cup final and finished third last campaign.


Allegri and Ajax manager Erik ten Hag, who caught the eye during the Dutch club’s outstanding run to the Champions League semi-finals, have also been considered.

However, both are concerned about the transfer ban Chelsea are currently facing for breaking rules over signing players under the age of 16.

The club have appealed to the Court of Arbitration for Sport in a bid to get the ban suspended and give whoever replaces Sarri room an opportunity to bring in their own players during the summer window.

They will have enough money to spend after the exit of Eden Hazard to Spanish giants Real Madrid, with the deal worth up to £150m if all the add-ons are met.


Lampard impressed during his first campaign in management, leading Derby to the Championship play-off final where they suffered a 2-1 defeat to Aston Villa.

Wed Jun 12 , 2019
Barcelona star Lionel Messi has been named as the world’s highest paid athlete over the last one year, ahead of Juventus forward Cristiano Ronaldo and Neymar, in the Forbes top 100 list. The Barcelona and Argentina star earned $127m in the last year – more than Juventus forward Ronaldo ($109m) in second place and Paris Saint-Germain’s Neymar ($105m) […] 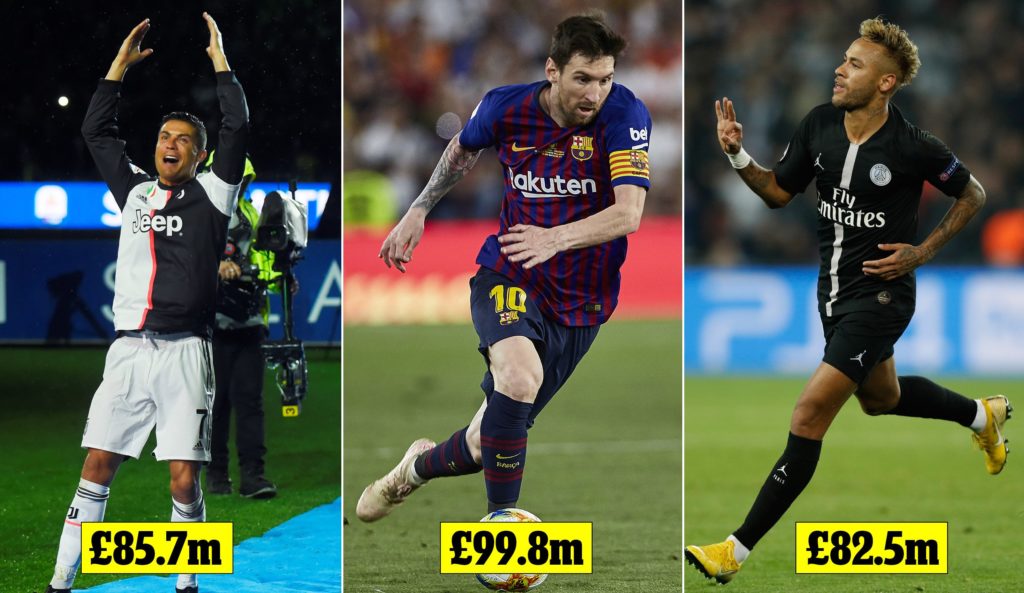