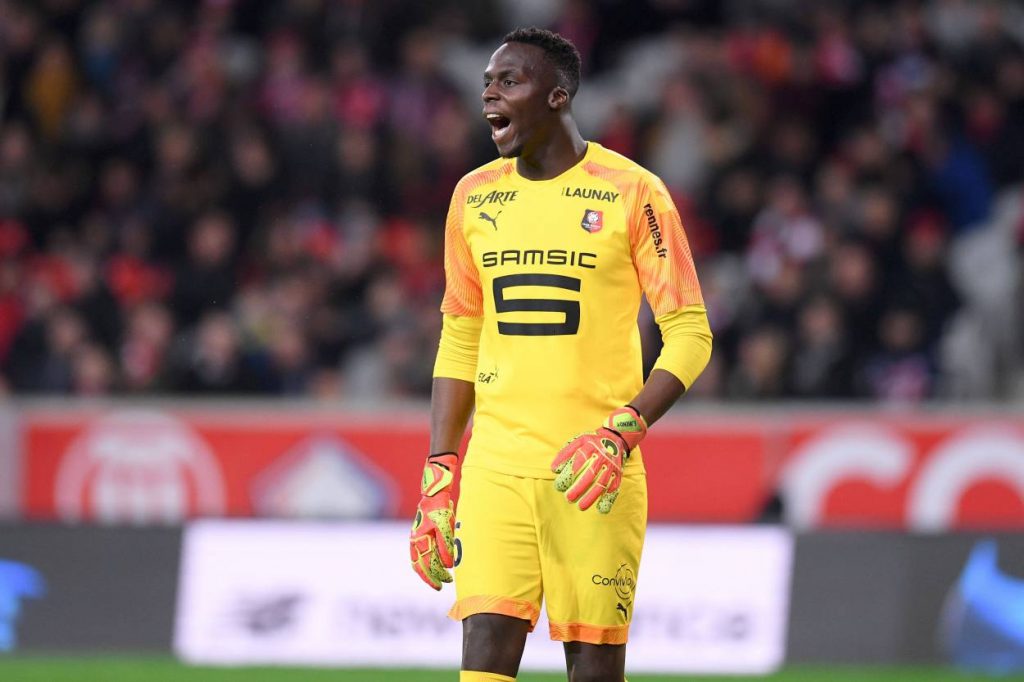 Chelsea have made a second bid of €20 million for Rennes goalkeeper Edouard Mendy, according to reports.

With the future of the club’s current No.1 Kepa Arrizabalaga in doubt, Chelsea have identified Mendy as an ideal option to provide competition for the Spanish keeper.


It was reported this week that Rennes rejected Chelsea’s offer of €17m for Mendy, and Frank Lampard’s side have now returned with an improved offer of €20m.

The Blues made Kepa the most expensive goalkeeper ever in 2018, paying £72 million to bring him to the club from Athletic. But, the 25-year-old goalkeeper has failed to live up to expectations in London.

Lampard dropped Kepa close to the end of the 2019-20 campaign after a couple of inconsistent performances, opting to play veteran Willy Caballero instead.

The Chelsea manager is now hoping to sign another goalkeeper, though Kepa could be leaving the club and Sevilla and Valencia having registered interest in a loan.


But Kepa’s wages at the Bridge could be an issue for the Liga clubs, meaning Chelsea could have up to three goalkeepers in their first-team squad if Mendy eventually arrives.

Mendy only arrived at Rennes last summer after several solid seasons with Stade de Reims, and still has a contract through 2023.


Rennes have yet to respond to Chelsea’s improved bid, as Lampard continues to spend big in the hope of building a contender for the Premier League title.

Mendy missed his team’s victory over Montpellier on Saturday due to personal reasons.

5 months ago
Barcelona forward Lionel Messi will not be tied to his £632m release clause as it has already expired at the end of last campaign, according to reports in Spain. The Argentine superstar handed in his transfer request to the club last week and was hopeful he could terminate his contract […]