Jurgen Klopp has hit back at Gary Neville’s advice that Liverpool should consider forfeiting the Champions League this season.

Liverpool sit top of the table after four wins from four matches so far and look well equipped to challenge Manchester City for their first league title since 1990.

Liverpool reached the final of the Champions League last campaign but Neville believes, despite three major signings during the transfer window, Klopp’s team is still not equipped to challenge on multiple fronts.


Speaking ahead of Saturday’s trip to Wembley against Tottenham, Klopp laughed off Neville’s claims and insists he will send out his side to win every game they play.

He said: ‘Gary should come over and tell me exactly how that would work. How do you prepare a game and not focus on it? You bring your kids in the Champions League? That would be funny!

‘I don’t know what he means with that, to be honest. We have to play football. A lot of people watch our games when we play Champions League and that’s our job that we do the best we can do in all these games.

‘That’s what we try. I don’t know exactly what it means but to focus on one competition can only be if maybe you are already out of the competition nearly.


‘If it’s late in the season that you see you have a chance to do that or do this and all that stuff.

‘It doesn’t work like this. I don’t want to be too critical because I don’t know exactly how he said it but sitting in an office and talking about football is completely different to doing the job, to be honest.


‘But it’s an opinion. What did he say about Manchester United in that case? The club he’s more interested in. Nothing?’

Mourinho: I'm in the dark over Pogba's future

Sat Sep 15 , 2018
Jose Mourinho says he is “in the dark” over the future of Paul Pogba at Manchester United but insists the midfielder has never told him he wants to leave the club. Pogba’s career at Old Trafford has been the subject of intense speculation since the summer window with rumoured interest […] 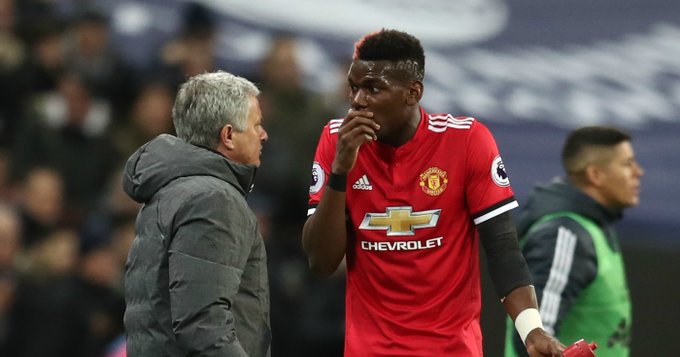