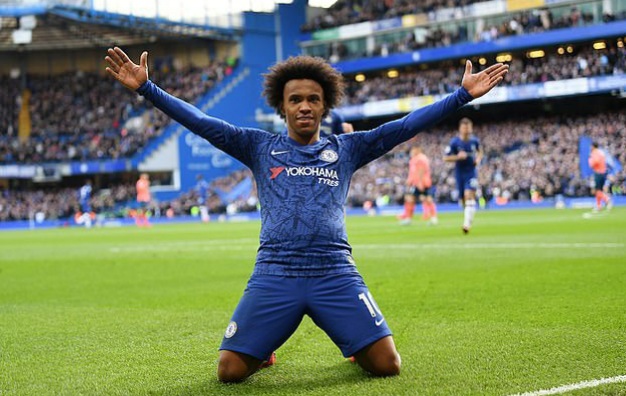 Chelsea player Willian is in discussions with Liverpool over a shock transfer move, according to reports.

The Brazil international is out of contract in a matter of months and talks with the west London team have come to a halt.


Willian was interested in signing a three-year contract extension, but the blues were only prepared to offer him two.

It has seen the 31-year-old consider his options and Liverpool have emerged as a shocking front runner, reports Sport.

Willian has been at Chelsea since 2013 and is keen to stay in the Premier League leading to talks with Jurgen Klopp’s side. It is understood that discussions with the Reds have gone well as they eye new signings.

Jurgen Klopp’s attacking options are limited and injuries to any of the established front three stars would be a cause for concern.


That coupled with Sadio Mane and Mohamed Salah’s major involvement for their countries in the Africa Cup of Nations midway through next campaign.

It has forced Chelsea winger Willian to seek a new club, something he resigned himself to in recent weeks.


He told Expediente Futebol: “Really a very beautiful story that I built at this club, I have a very special affection for the fans, for the people who work there and I identified myself a lot here.

“Everyone knows that my contract ends now in a few months, so the renewal is really a difficult thing to happen.

“I think it will be very difficult for me to renew because Chelsea offered me two years, I asked for three and it ended there, we didn’t talk anymore, we didn’t negotiate anymore.”

Terry reveals the 'massive mistake' Chelsea made with Fernando Torres

5 months ago
Carragher believes Chelsea made a ‘massive mistake’ with Fernando Torres at the start of his time at the club, and John Terry feels his confidence was ‘shot to bits’ due to the mistake. Torres made the surprise £50m switch from Liverpool to Chelsea in January 2011 and his first match […] 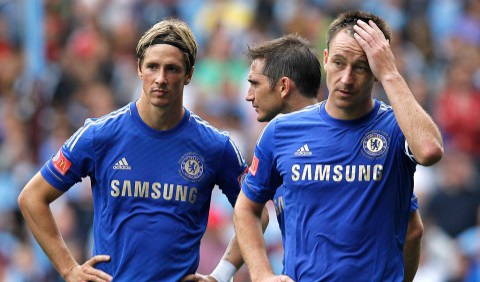