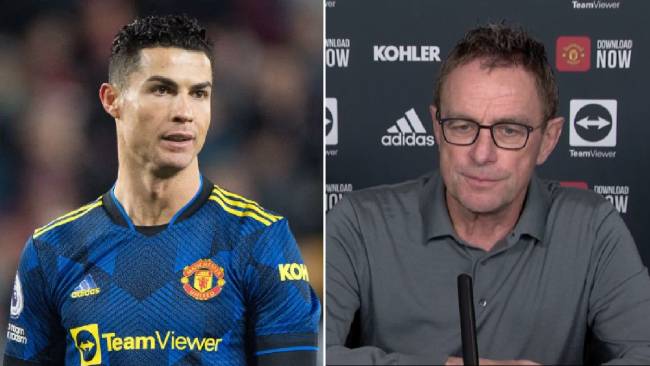 Ralf Rangnick has again defended Cristiano Ronaldo substitution, also revealing Bruno Fernandes has been unhappy in the past, but says his decisions are always in the best interests of the team.

The former Juventus forward threw a strop during ManchestervUnited’s 3-1 win over Brentford on Wednesday when he was withdrawn for Marcus Rashford, with the latter netting their third goal just a few moments later.


Ronaldo was criticised for his reaction, but Rangnick has defended the player and the decision to sub him off, while he says Fernandes has reacted similarly in the past – though that will not stop the German from making tough decisions in the future.

Asked about how Ronaldo has reacted, and managing him, Rangnick said on Friday: ‘Well I think we shouldn’t make too much of a fuss out of it, and I can only speak for myself and my coaching staff.


‘I explained that even to him during the game, when we had that little conversation after we had scored the third goal. In fact, I told him the same as what I said in the press conference: the job of a football manager is to help teams win games and for me it was clear after the experience that we made at Villa Park that this time we have to do things better and we did it better.

‘Maybe Cristiano could have also scored that third goal but football is not always “maybe”, it’s about taking a decision in the right moment.


‘This was tactically by the way one of the best situations that we had in the game, that our central striker came towards the ball and at the same time Bruno, as one of our 8s, sprinted vertically. This is the reason why in the end we were able to create an easy tap-in goal for Mason.

‘But again, he hasn’t been substituted I believe for the first time in his career, I think there have been a few other substitutions – as far as I know, even under Sir Alex. And that a player like Cristiano does not like to be substituted for me is pretty normal.

‘So his reaction was emotional, but for me this is not a problem at all. I’ve been managing other players – maybe not with quite the big name as Cristiano – but I also had players like Krasimir Balakov, like Klaas-Jan Huntelaar, or like Raul at Schalke or Ebbe Sand. So I know how offensive players behave and react to this sort of substitution.

‘But again, it’s about our team, it’s about getting points. We are in a position where every single game is of great importance and where we need to make sure we get the maximum amount of points out of it and this is the most important part.

‘The team is more important, no matter who it is, whether it’s Cristiano or Edinson or Bruno or any other player. Bruno has also been substituted and was not happy with that in the last couple of weeks. It’s about what is in the best interests of the team and the club.’

4 months ago
Ralf Rangnick has sent his Manchester United players back to school with homework – in order to salvage their campaign and secure a top-four place. Interim United manager Rangnick is known for his analytical approach and meticulous attention to detail, leaving nothing to chance to bring out the best in […] 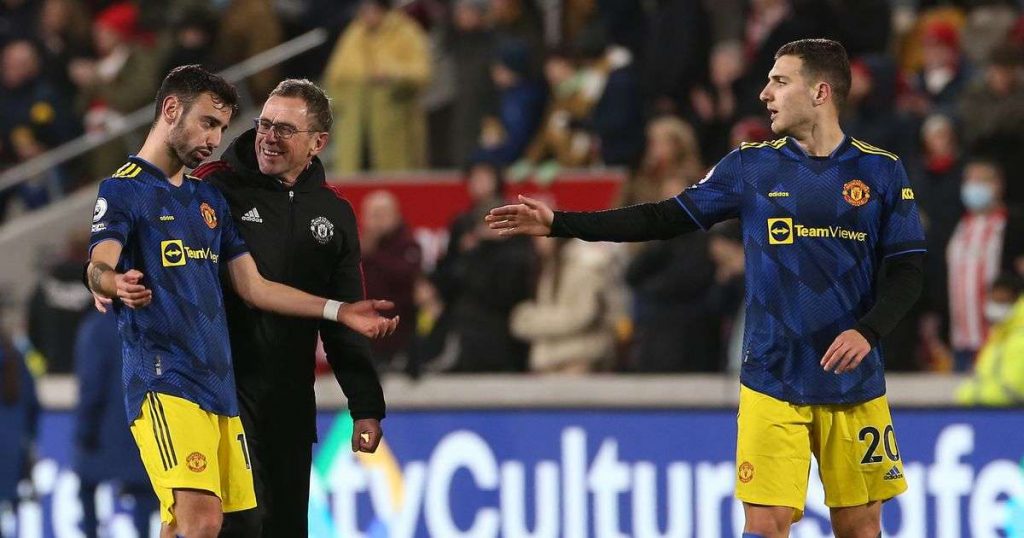