Juan Mata insists Manchester United are ready for a meeting with Lionel Messi and Barcelona, with United respecting their Champions League opponents rather than fearing to face them.

The Liga title holders are set to play at Old Trafford on Wednesday night for the first leg of a heavyweight quarter-final clash.


Ernesto Valverde’s side have been in impressive form again this campaign, with their incredible Argentine forward leading the way after blasting through the 40-goal barrier once more.

United have been warned that trying to contain Messi is a thankless task, but Mata believes they are capable of holding their own against Barcelona as a team.

The Spaniard told the Daily Star of the challenge facing United: “We are Manchester United and we are representing one of the biggest clubs in the world.

“Fear is not the word. Respect is the word.
“We also have to trust ourselves and know that if we have a good day we can give them a game.


“That is what is in our minds to try to do it well and fight for our fans and our club.

“Barcelona is a fantastic team, one of the best teams in the world.

“We know that [Barcelona’s] style of play is based on having the ball, but we’re going to try and get it off them so that they don’t feel comfortable.

“There’ll certainly be moments during the tie when we suffer because Barcelona will put the pressure on.

“You also have to suffer in order to win. Good teams suffer, adapt to this and end up getting through it.

“There’s no reason to be negative for us, having this feeling that there’s more to gain than there is to lose can be positive.

“We are really looking forward to having a good round and hopefully qualify.

“Obviously they are in a good moment and they are top of the table in Spain but we are confident that we are Manchester United and we can have two good games and we can qualify.

“It’s those games that you are a football player for.

“You want the important games on the biggest stage which is Old Trafford, Champions League quarter-final so we are looking forward to it. Hopefully, it will be good for us.”


United head into the game with Barcelona coming off the back of three defeats in their last four matches across all competitions.

Confidence has, however, been restored to Manchester United since Solskjaer took the reins, leading to him being given a three-year deal.

Thu Apr 11 , 2019
Romelu Lukaku concedes Manchester United will find it more difficult to make a successful Champions League comeback against Barcelona than the one they managed against Paris Saint-Germain. United booked their place in the Champions League quarter-finals with an outstanding 3-1 win over PSG last month and were rewarded with a […] 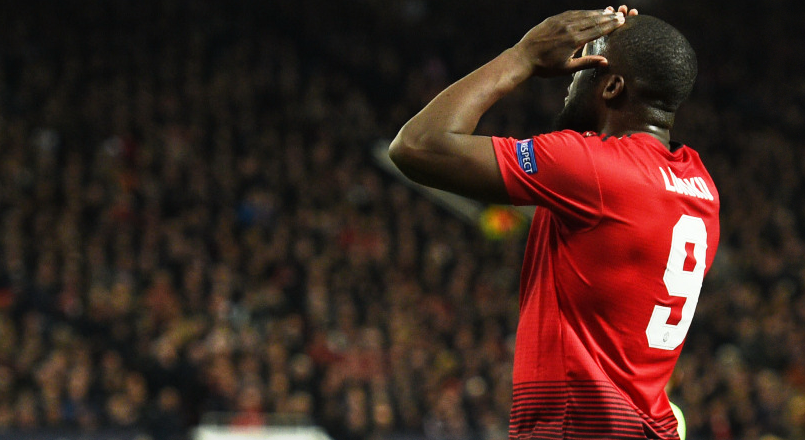