Jose Mourinho believes Gonzalo Higuain is not fully fit but has backed the Argentina international to excel at Chelsea.

Higuain has been reunited with his former manager Maurizio Sarri at Stamford Bridge, although he has endured a mixed start to life at the club.


But the 31-year-old scored his third Premier League goal of the campaign on Sunday as his quick movement and finish opened the scoring in Chelsea’s win over Fulham.

And while Mourinho has praised Higuain’s natural ability, But he believes the forward still needs to improve his physical condition.

‘The only thing I can say about Higuain because he was my player at Real Madrid, is that he knows how to score a goal.


‘Is he in his best physical condition? I don’t think so.

‘I think he’s missing a little bit of a click in the explosion in the first metres, normally Gonzalo is quicker and sharper and he is.

‘But he knows how to score a goal, and those two movements for his shot [goal against Fulham] are movements of a good striker.


‘He knows how to move and how to create space for himself, so yes, he can score goals in the Premier League.’

Mon Mar 4 , 2019
Mario Balotelli showed off a new goal celebration on Sunday as he took a selfie video with his teammates after he scored and posted it on Instagram during the match. The Italian scored his fourth goal in six Ligue 1 matches since joining Marseille from Nice in January by netting […] 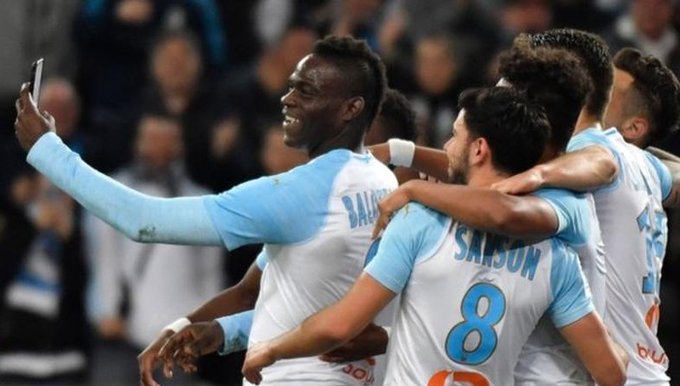