Former Manchester United defender Gary Neville claims Chelsea goalkeeper Kepa Arrizabalaga is a player that he can’t accept having in his team.

The world-record goalkeeper was not convincing in the first half of Chelsea’s Europa League final game with Arsenal in Baku.


Kepa punched at a number of crosses when the safe option was a routine catch while he nearly gave a penalty away when he rushed out to challenge Alexandre Lacazette for the ball.

And Neville took aim at the Spain international’s performance on Twitter after the end of the first half.


‘Nothing personal but I just can’t accept a keeper like Kepa. He would make every defence a nervous wreck,’ he tweeted. ‘P.s probably man of the match now!’

Fortunately for Arrizabalaga, any further criticism that may have been coming for him soon went down when his team tore Arsenal apart in the second half.

Goals from Olivier Giroud, Pedro and Eden Hazard’s brace was more than enough to put the game to bed midway through the half with Unai Emery’s side completely falling to pieces.

Thu May 30 , 2019
Cesc Fabregas believes Mesut Ozil does not “have it in him to be a leader”, with the former Arsenal star suggesting that one in the present team requires a player like Cristiano Ronaldo alongside him in order to perform. The German midfielder once boasted such illustrious club colleagues while he was […] 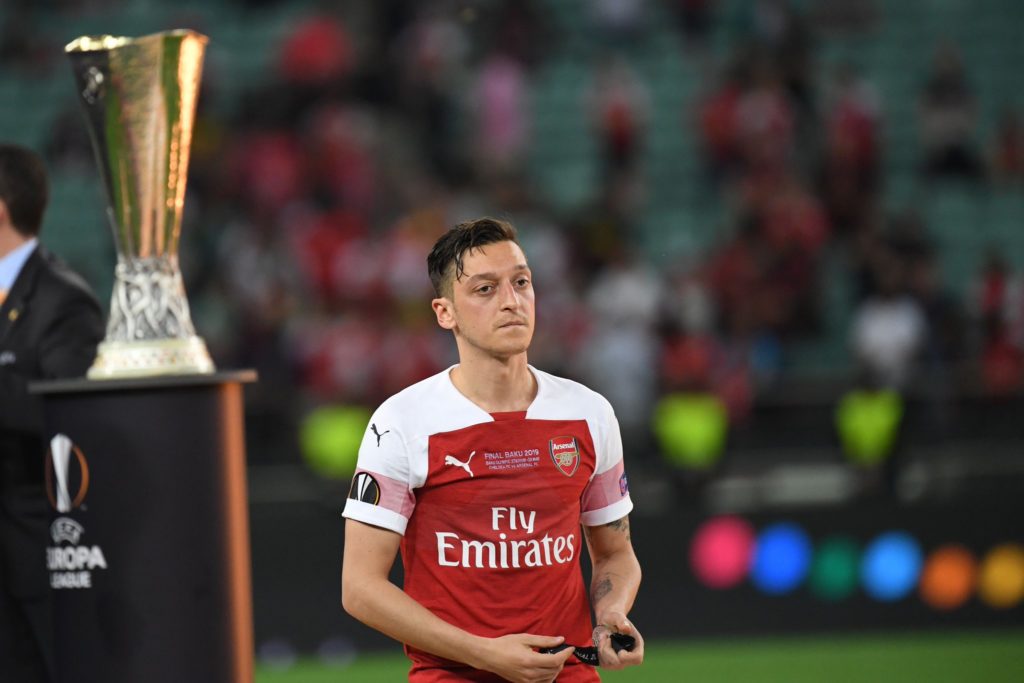