Ronaldo felt he had opened the scoring in the second half after Fabian Schar touched the ball back to Pope to take a free kick.


But before the Newcastle shot-stopper struck the ball, Ronaldo nipped in and dribbled the ball a few yards before scoring into an empty net.

Pawson immediately ruled out Ronaldo’s effort, despite the huge protests from United’s stars, while the 37-year-old was also shown a yellow card.

‘The free-kick was slightly in the wrong place and obviously Fabby’s [Schar] rolled it back to me and walked off,’ Pope told Chronicle Live.

‘I think you know by everyone’s body language that you know he’s not meaning to take a free-kick. ‘I think the referee sorted it out quickly and fair play to him for making the right decision and squashed it straight away.’


When asked about Ronaldo’s goal controversy, Erik ten Hag said: ‘I don’t have a comment, everyone has seen it.

‘I shared that with them [the officials]. Everyone has seen what happened today on the pitch.’


Giving his verdict on Ronaldo’s attempt, Newcastle manager Eddie Howe said: ‘I could see it at the time, and for me it was clear Fabi [Schar] wasn’t taking the kick. He was allowing Nick to do it.

‘I don’t know if the ref had blown his whistle, but I don’t think he had to restart play. For me, it was clear that Nick was waiting to actually deliver the free-kick and then, obviously, Ronaldo had taken the ball off him. It would have been a very, very difficult goal to swallow if it had stood. For me it was clear the ball it wasn’t in play.’

Pope also concedes he was stranded when Marcus Rashford steered his late header wide of the post after an excellent cross from Casemiro.

‘I just thought: ‘Please go wide!’ Pope said. ‘It was an unbelievable ball in to be fair and he’s gone to head it across me and thankfully it’s gone a couple of inches wide.’

3 months ago
Jose Mourinho says Karim Benzema is “obsessed with his team” – which is what helped him eventually win the Ballon d’Or at the age of 34. The Real Madrid star became the fifth Frenchman to claim the award after his superb year in the Spanish La Liga. Benzema was the […] 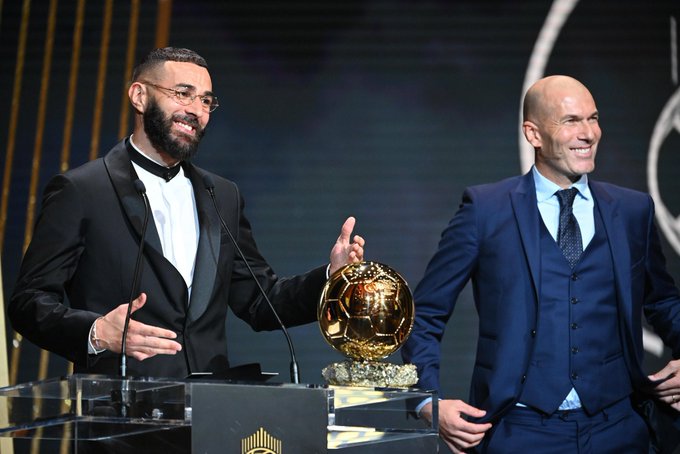