Ole Gunnar Solskjaer has acknowledged far tougher challenges await him as Manchester United head coach but conceded he will find it hard to leave if he is not offered the job beyond the end of the campaign.

The 2-0 victory over Newcastle United meant the Norwegian has become the first Manchester United boss since Sir Matt Busby to win his first four matches in charge.

“Of course, tougher challenges await. We’ve played teams in the lower half of the table, but these games need to be won, you can’t beat anyone else other than the team you’re playing.

“The performance today was really professional, very solid. To come here against a club like this, with the fans they’ve got, it was excellent how the boys dealt with it in the second-half.”

Newcastle lacked ambition, as well as a threat in the final third, but they still caused United problems in the first half and should have been leading at half time.


The visitors, though, took control of the game as soon as Romelu Lukaku capitalised on a mistake by Martin Dubravka and Solskjaer reserved praise for Marcus Rashford, who scored the second goal.

“It was a tough test for him,” Solskjaer explained. “He gets kicked, and he gets tackled, he goes for headers, he wins, he challenges, he runs, he is going to be a top, top number nine, definitely.”

For Newcastle, this was another loss, although manager Rafa Benitez was pleased with much of their display.


He said: “We have to be disappointed with the way we lost. The other team were not doing a lot better than us, but we made a mistake conceding the first goal and another for the second.

“We are organised, the team is working really hard, but it is our decisions in the final third that mean we don’t score enough goals.”

Thu Jan 3 , 2019
Sir Alex Ferguson revealed he met with current Manchester City manager Pep Guardiola in September 2012 to offer him the opportunity to take over at United, a throwback documentary reveals. The 77-year-old was in charge at United for 26 years, winning 38 trophies, including 13 Premier League titles, five FA […] 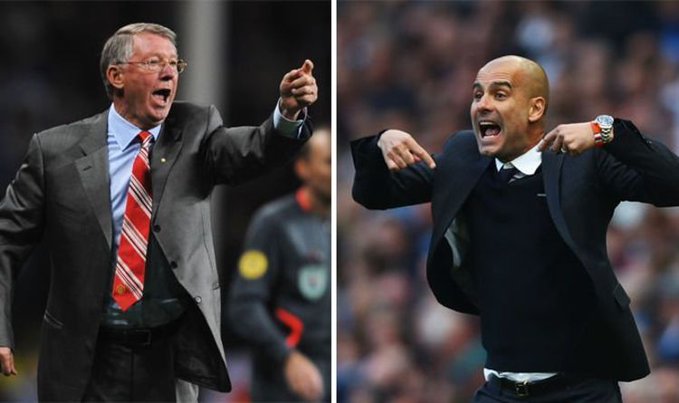