Manchester United boss Ole Gunnar Solskjaer has confirmed youngster Mason Greenwood will not be sent out on loan this campaign but will remain at the club.

The 17-year-old made his first Premier League start against Cardiff in May and has found a way to enhance his reputation during the course of Manchester United’s pre-season tour of Australia and Asia with two goals in two games so far.


Greenwood, who was prolific at Under-23 level last campaign, scored in Wednesday’s convincing victory over Leeds and struck the only goal of the match as Solskjaer’s team beat Inter Milan in Singapore on Saturday.

Collecting Samir Handanovic’s parry, Mason Greenwood twisted and maneuvered the ball onto his preferred left foot and smashed the ball into the net with a quarter of an hour remaining, little over 10 minutes after he had been introduced in the second half.

‘He reminds me a little bit of the Giggsy story,’ said Solskjaer afterwards.

‘You can’t send him on loan. He’s ready to be in this squad.


‘He’s a natural finisher. He just knows where the ball’s going to end up and land. He’s only 17, but then again why not enjoy it. He’ll get a few to be fair.

‘He’s practicing of course but he just knows where the goal is. Sometimes you get players like this and he’s a natural scorer.’


‘I know him from the youth. Every chance he scores.’

Sat Jul 20 , 2019
Juventus boss Maurizio Sarri has fuelled the rumours regarding the club re-signing Manchester United midfielder Paul Pogba after conceding he ‘likes’ the Frenchman. The World Cup winner has appeared unsettled at Old Trafford and seems to favour a move away from the club in this window. Former Chelsea boss Sarri took over from Massimiliano Allegri this summer window […] 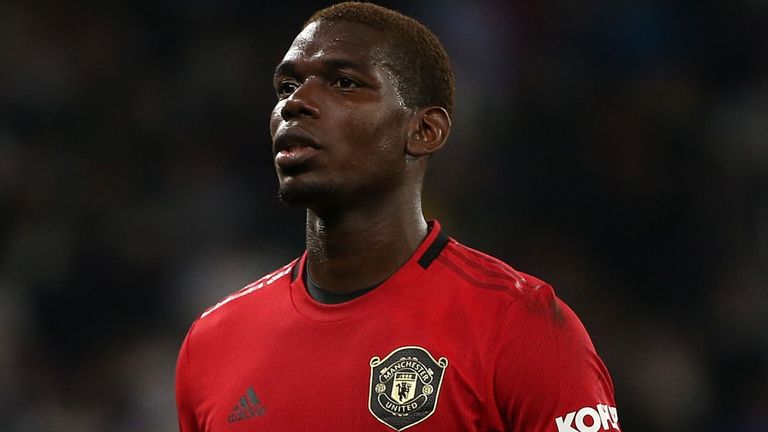