Manchester United goalkeeper David de Gea has been asked to do extra training sessions to improve his ability with the ball at his feet as manager Ole Gunnar Solskjaer looks to overhaul the team’s style of play.


Although the Spaniard arrived in the Premier League with a reputation for being good with his feet, he had little chance to utilise those skills, particularly under former head coach Jose Mourinho.

But with the new rule changes allowing two defenders inside the box from kick-offs, The Sun claims that Solskjaer is eager to have his side play out from the back more often.

The Norwegian feels his team are lagging behind Manchester City and Liverpool in that aspect of the game and has asked De Gea to do extra training sessions to improve his ability.

David De Gea has been doing half-an-hour sessions working especially with his feet, with coaches firing balls at him to deal with pressure.


United supporters may notice a trend of De Gea clipping the ball out to the full-backs this campaign, with that skill one of the big areas the goalie has been working on.

With Harry Maguire – who is very accomplished on the ball – having arrived over the summer window, Solskjaer wants to play in a more expansive, possession-based way and is keen to get the Spain international up to speed.

De Gea has entered the last year of his deal, though the club are hopeful he will sign a new contract worth around £350,000-a-week, making him one of the highest paid players at the club.

The 28-year-old kept a clean sheet in the Red devils’ Premier League opener against Chelsea last Sunday, making several good stops, and appeared to be heading back towards his excellent form of previous years.

Sat Aug 17 , 2019
Jurgen Klopp says Liverpool’s defenders were partly to blame for the error from Adrian that ensured a nervy final few minutes for the club in the 2-1 win over Southampton at St Mary’s. After a very slow start in the first half, a stunning strike from Senegalese forward Sadio Mane gave Liverpool […] 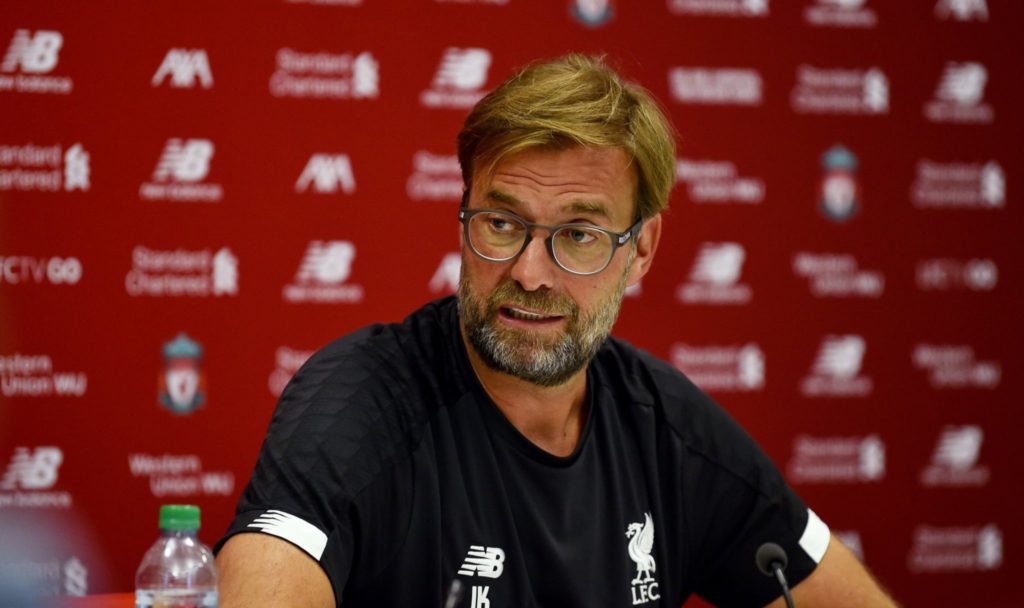