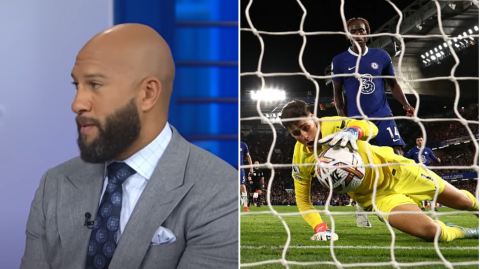 Chelsea looked to be on their way to claiming all three points after Jorginho slammed home a penalty with just three minutes left on Saturday after Broja was hauled down in the box.


United’s summer signing popped up with a vital goal deep into added time, however, latching onto Luke Shaw’s cross with a looping header.

While Kepa managed to get a hand to it, the ball was judged to have already crossed the line before he could scramble it away, handing the Red devils a well-earned point in west London.

Former USA international Howard, who spent three years at Old Trafford before a successful spell at Everton, says the Chelsea goalkeeper should have done better with the effort.

‘Credit Casemiro, it’s a good looping header. But I must say Kepa gets a full hand to the ball, he should be keeping that out,’ Howard said on NBC Sports.


‘He should be steering that around the post, would’ve been a really good save and that is a tight, tight call.’

McTominay was judged to have brought down Broja in what looked to be the game’s pivotal moment just six minutes coming off the bench with Gary Neville describing the foul as ‘terrible’ and ‘clumsy’.


Howard however sympathised with the Scotland midfielder, who expected the decision to be overturned by VAR.

‘There’s a lot of wrestling, there’s a lot of jostling for position, grabbing jerseys. That’s how you’re taught to defend, rightfully so,’ said Howard.

A point for United keeps them in sixth position, one point behind Chelsea. Newcastle United are now in fourth position with the 2-1 victory over Tottenham.

Erik ten Hag’s side have three more Premier League games before the World Cup break, in action against West Ham United, Aston Villa and Fulham in the coming weeks. 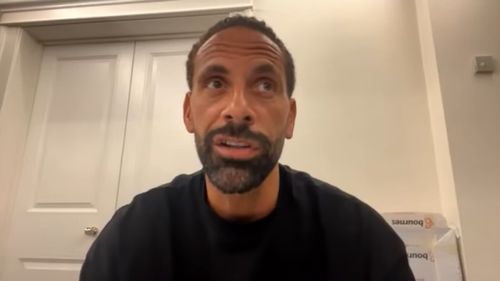