Pictures have emerged online showing Pierre-Emerick Aubameyang and Alexandre Lacazette in the company of William Saliba during the gunners pre-season tour of the United States.


Arsenal have reportedly agreed to pay around £28million for Saliba and the 18-year-old central defender will be loaned back to his parent club Saint-Etienne for the upcoming campaign.

Saint-Etienne president Bernard Caiazzo confirmed last week that Arsenal had beaten Spurs to the signature of Saliba and the France Under-20 international is expected to have a medical in the coming days.

Ahead of his impending transfer, Saliba watched his team Saint-Etienne lose 2-1 to Marseille in Washington and Aubameyang was another interested person at DC United’s Audi Field.


Arsenal also happen to be in America for their game with Real Madrid and Aubameyang spent some down time watching his former club on Sunday.

Lacazette and Ainsley Maitland-Niles accompanied Aubameyang to the game and pictures have emerged on social media showing the trio alongside Saliba. 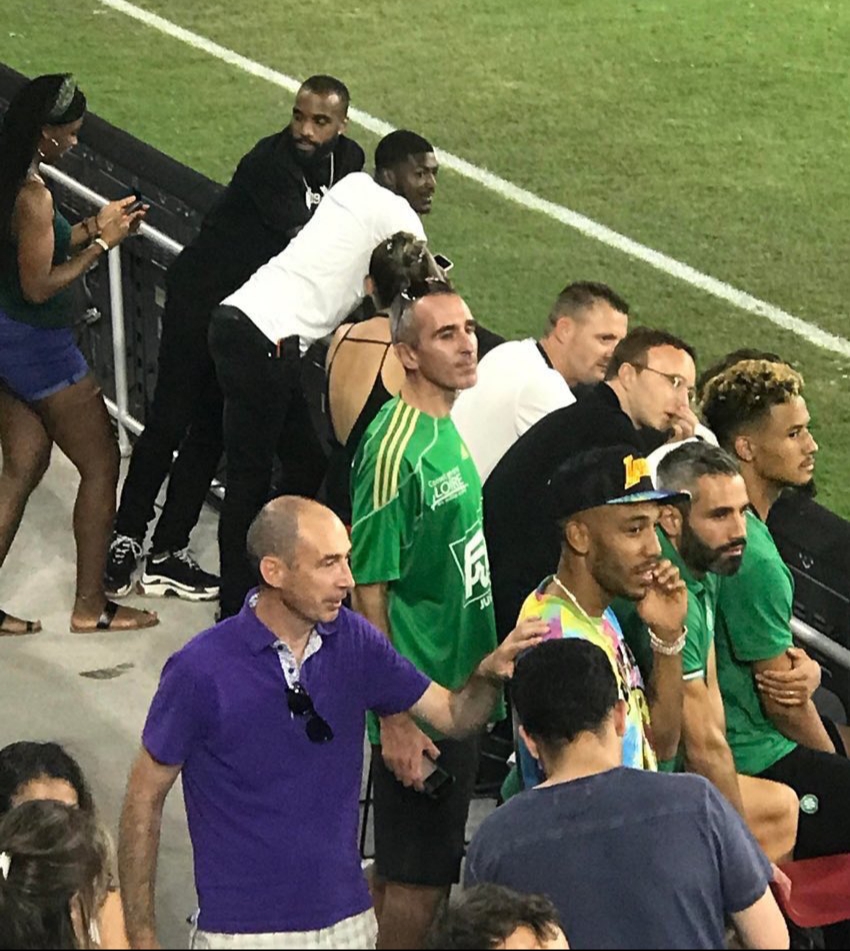 After Arsenal’s 3-0 victory over Fiorentina at the weekend, the gunners manager Unai Emery said that he’s willing to wait to sign players of Saliba’s quality.

‘Really I am with patience because we want to choose the best solution,’ he said when asked about the young Frenchman.


‘Some players are very expensive and we are waiting for this possibility. We don’t want now to go to the second line of players.

Saint-Etienne captain Loic Perrin on Saliba ‘He blew up in the space of a year. The hardest part begins for him now. He doesn’t have many Ligue 1 matches under his belt. I hope this year will allow him to collect playing time so that he can leave ready.’

Emery added: ‘We are aware also that we need to improve some players in this squad but only, only I want to sign one, two, three or four players only if we can be sure they are coming to improve our team.

‘There are a lot of names. The club is working, Edu is very close to me and Raul [Sanllehi]. We speak every day. Here we spoke with the Kroenke family.


‘I want to send a message to all our supporters – we’re very happy to be here with a lot of Arsenal supporters and are very impressed – we are working and preparing and we want to make the best squad possible. ‘Our ambition and motivation is with all the supporters.’

Willian confirms he will take Hazard's number 10 Jersey at Chelsea