Chelsea forward Eden Hazard says he is the best player in the world right now but must move to Spain to win the Ballon d’Or.

The Belgium international said during the World Cup that “it might be time to discover something different”, with the 27-year-old severally linked with a transfer to Real Madrid.


Hazard has less than two years on his current Chelsea contract and said earlier this week that he was in a dilemma about whether to sign a new deal at Stamford Bridge or pursue a transfer to the Bernabeu.

The last ten winners of the Ballon d’Or have been from Spain, and when asked whether he needed to move there to be the best in the world, he said: “That’s why I want to go – maybe.”

However, when quizzed on whether he would consider leaving Chelsea in January, he replied: “No.”

Hazard has enjoyed a sensational start to the season, scoring eight goals in 10 games for Chelsea, and responded “yes” when asked whether he thought he was the best player in the world.


But he concedes he can still improve, saying: “You can always improve in football. More goals, more assists.

“The team is helping me a lot, but I can improve, for sure.”

Fri Oct 12 , 2018
Toni Kroos has suggested Michael Ballack’s criticism of Joachim Low may have been gingered by a personal desire to be the manager of Germany. Speaking to Deutsche Welle on Thursday, former Germany international Ballack said he was shocked Low was kept on as head coach after overseeing their first World […] 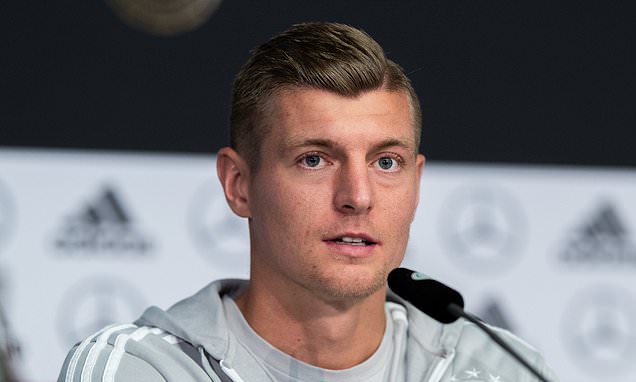