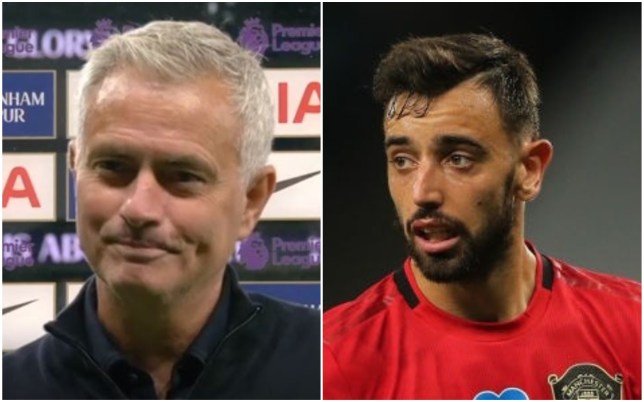 Jose Mourinho aimed a dig at Manchester United player Bruno Fernandes over late penalty claim in their 1-1 draw with Spurs on Friday evening.

Steven Bergwijn scored the first goal of the match in the first half with an outstanding solo effort.


But the Red devils became level in the 81st minute through Fernandes’ penalty after Eric Dier brought down Paul Pogba in the box.

United then had a late penalty shout overturned by VAR after the referee Jon Moss initially awarded a spot-kick for a foul on Fernandes.


And Mourinho aimed a dig at the playmaker by suggesting he is used to trying to win penalties during his time at Sporting in the Portuguese league.

When it was suggested that Bruno Fernandes ran into Dier for United’s second penalty shout, Mourinho said: ‘Fernandes comes from a country that I know well.’

In his post-match press conference, Mourinho also said that Fernandes should’ve been booked for diving in the game.

‘The second one was incredible for me,’ said the Spurs boss. ‘If VAR goes for simulation, the players could be exposed and given a yellow card. I feel really upset with these two decisions.’

Mourinho also heaped praise on Dier for ensuring that Anthony Martial was kept quiet throughout the the entire match.

‘It was a difficult match for Martial, and we know martial is a very good player.

‘I think Davinson for the 90 minutes made one technical mistake, not tactical mistake, that handed them the only chance they had in the first half with Rashford’s shot.

Lampard reveals his worry about Chelsea's win against Aston Villa

4 months ago
Chelsea manager Frank Lampard concedes he was ‘frustrated’ and ‘worried’ by his team’s poor finishing against Aston Villa. Chelsea controlled the game at Villa Park but they found themselves behind at the break after Kortney Hause scored a goal from close range after a free-kick. Lampard played a new-look front […] 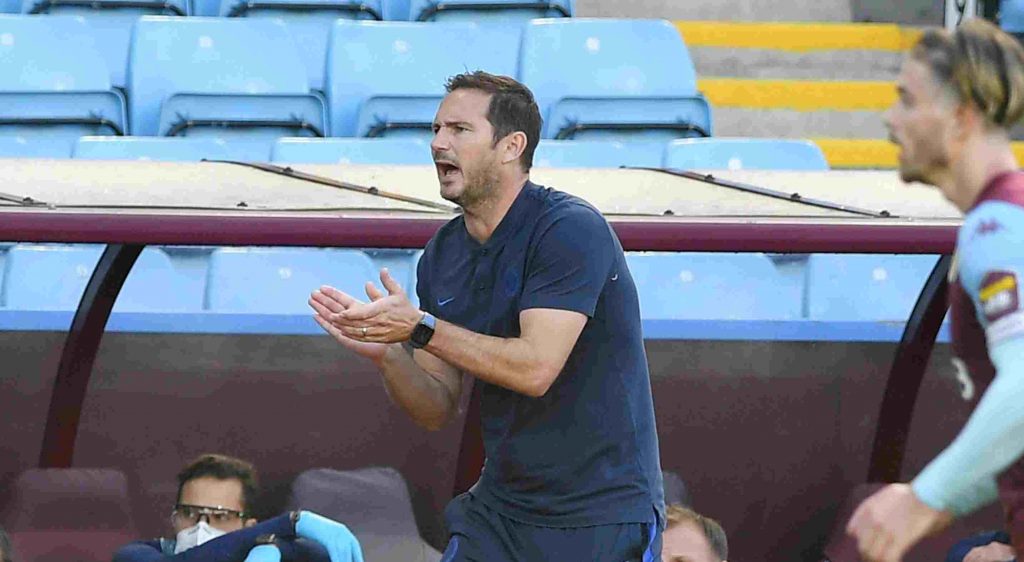