Jose Mourinho aimed a sly dig at Ole Gunnar Solskjaer by claiming Liverpool produced the best performance in the Champions League this campaign.

The Portuguese boss thought the 3-1 victory over Bayern Munich was more impressive than Manchester United’s remarkable comeback against Paris Saint-Germain.


Manchester United’s historic 3-1 second leg win over the French giants at Parc des Princes put them in the record books.

But Mourinho , who was sacked by the club in December, was more impressed by Jurgen Klopp’s team.

He told Russia Today: “I was looking at Liverpool, they were on their way down in the Premier League and they were losing lots of points.

“And they come with for sure the best performance of the season in the Champions League. For sure.”


“So they managed to surprise me. I don’t think they surprised themselves because of course, they are the first ones to believe.

“But to surprise lots of people with that strong performance.

“That puts them now in of course a good position for the Champions League fight.

“But I think also by the mental point of view maybe they are reborn and they can bring this kind of performance to the Premier League.”


United face a difficult task in the Champions League quarter-finals after they were drawn to face Barcelona.

Some angry fans on social media even suggested the draw was fixed by Uefa as Liverpool were drawn to face Porto.

Szczesny hits out at 'arrogant' Van Persie for Arsenal exit

Sun Mar 17 , 2019
Former Arsenal goalie Wojciech Szczesny has described former team-mate Robin van Persie as “extremely arrogant” in an interview on his time at the Gunners. The Poland international spent eight years on the books at the Emirates, albeit with three on loan at Brentford and Roma, and was a two-time FA […] 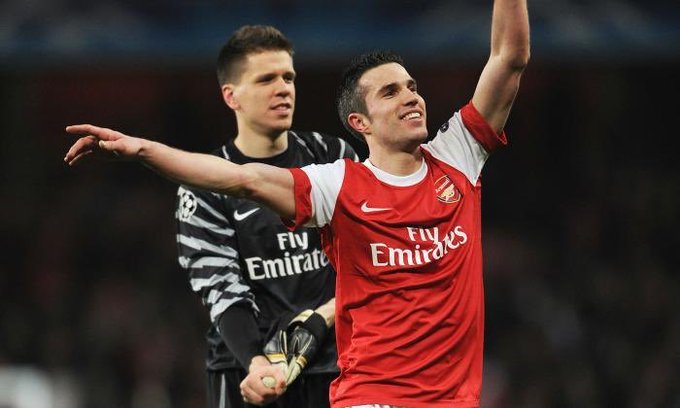