Liverpool won the competition for the sixth time in their history after they secured a 2-0 win over Tottenham in Saturday night’s final at the Wanda Metropolitano.

Several Liverpool players were spectacular throughout the tournament and four players who are an important part of their defence – Alisson, Virgil van Dijk, Trent Alexander-Arnold and Andy Robertson- all made the cut.


‘I go to Alisson, especially because yesterday [in the final] he was there when the needed him to be there. The two full-backs also have to be Liverpool players, amazing players, Alexander-Arnold and Robertson. Amazing character and personality,’ Mourinho told BT.

‘One [Alexander-Arnold] is a local boy, another [Robertson] is a Scottish boy that a few years ago was relegated with Hull City. And both they are physical, they are aggressive, they are what I call in football ‘the good arrogance’, they are not afraid to play, they go forward, they participate in attack.


‘And even in a game yesterday under huge pressure they were very, very good. ‘Van Dijk is a king, he is a huge personality. Positionally, a top top player.’

Mourinho also included Lionel Messi despite Barcelona’s surprise 4-0 defeat to Liverpool at Anfield which sent them out of the competition at the semi-final stage.

‘I didn’t choose a player that was not in the semi-finals, it’s a principle, very objective, very pragmatic,’ said Mourinho.

‘Some players did amazing things, but I think it’s fair we focus on the teams that reach the last four.

‘In spite of a disappointing second leg at Anfield, Messi. No Ronaldo with an incredible comeback against Atletico [Madrid], no Ronaldo because he didn’t reach the semifinals, but Messi did and did an amazing semifinal first leg too.’

‘I would go to De Jong and van de Beek from Ajax.

‘Also young players, also great future, also they showed great personality to play the way they did away from home, against Real Madrid, against Juventus. Big personalities and players with a huge future.’

Mon Jun 3 , 2019
Chelsea have agreed to allow Maurizio Sarri join Juventus after rejecting his offer to remain at Stamford Bridge, with the move expected to be official in the coming days. The Italian had an excellent season in charge of the Blues, finishing third in the League and winning the Europa League, […] 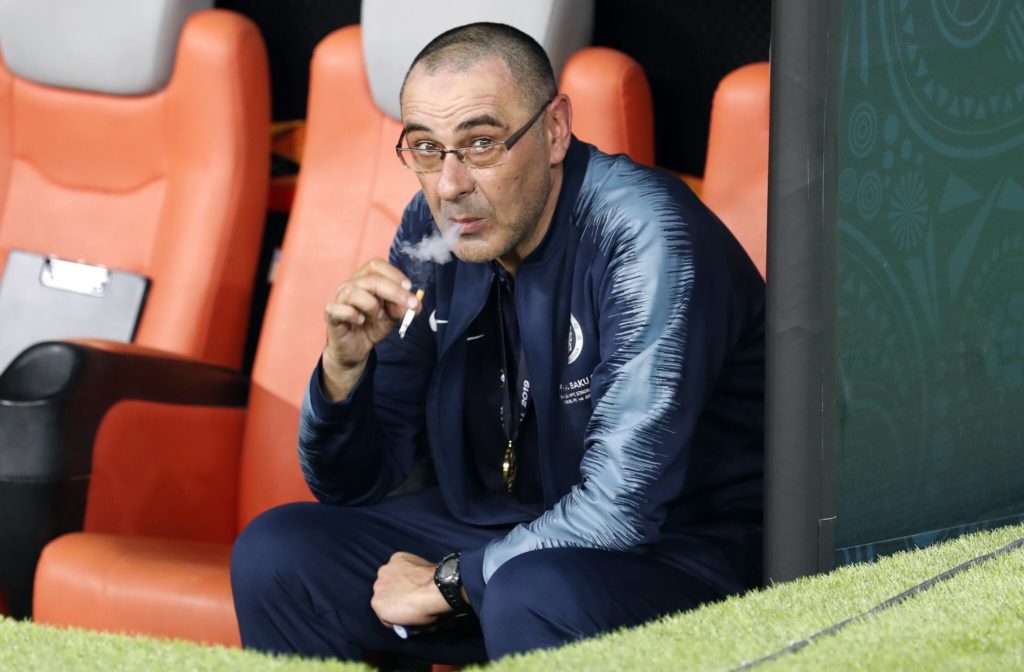