Miralem Pjanic has conceded there was “some interest” with possibly joining the likes of Manchester United and Barcelona last year.

The Juventus midfielder was linked with a transfer away from Turin in the summer, but chose to stay to play with Cristiano Ronaldo.


Despite the attraction of playing in the Premier League for United, he opted to remain at the Allianz Stadium for his third year at the club.

He even signed a new deal in August last year to tie him down until 2023 when he will be 33 years old.

The Bosnia and Herzegovina has gone on to play 28 games for Juve this campaign, bagging three goals and assisting four others.

‘There was some interest, it’s true, but I had no reason to change club,’ Pjanic told Il Gironale.


‘I don’t know if Juventus will be my last big club, because transfers don’t just depend on the player, but also on the club and who might or might not need you in that role.’

Pjanic also revealed he hopes he’s in the best place to win the Champions League, having been unable to do so at Juventus and at previous clubs Roma, Lyon and Metz.

‘I can see that the Champions League will come to Juventus over the next few years,’ he added.


‘It’s my dream to win it and I am in the ideal place to achieve that dream.’

Mon Feb 18 , 2019
Martin Keown called Maurizio Sarri ‘stupid’ for keeping Callum Hudson-Odoi on the bench as the FA Cup holders crashed out of the competition at the hands of Manchester United. First half headers from Ander Herrera and Paul Pogba was enough to give Ole Gunnar Solskjaer’s side a commanding advantage and […] 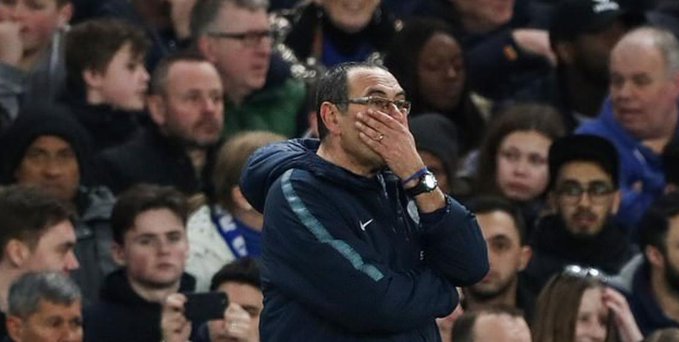