Chelsea defender Gary Cahill has emerged as a possible target for Manchester United manager Jose Mourinho, according to reports.

Mourinho hoped to sign at least one central defender in the summer window but pursuits of Harry Maguire, Toby Alderweireld and Diego Godin all failed to materialise.

The Red Devils manager criticised Manchester United’s transfer dealings and a difficult start to the campaign has shown his belief that defensive reinforcements are needed.


With Maguire signing a new long-term contract with Leicester City, and Alderweireld reestablishing himself in the team under Pochettino, Mourinho may have to look elsewhere.

And The Sun reports the Portuguese boss will monitor the situation of Cahill over the next few months, with a view to signing him from Chelsea.

Mourinho worked with the England international at Chelsea and is aware of the skills he could bring to his inexperienced defence.

But if Cahill does leave Chelsea – which seems likely – Cahill would rather remain in the top-flight as he believes he is good enough to contribute to a team in the league.


He is currently behind David Luiz, Antonio Rudier and Andreas Christensen in the pecking order at the Bridge.

But despite his limited role under Maurizio Sarri, striker Olivier Giroud wants Cahill to remain at the club.

‘I think his heart is still in Chelsea and hopefully we will keep him because we need him,’ the France international said.

‘He needs to be happy, that is the main thing, but I hope he stays because he is important for us. He is a very good player.


‘He’s been at Chelsea for six years, he is one of the faces of Chelsea and one of our captains. We need him.’

Fri Sep 28 , 2018
Juventus’ director of football has spoken out on reports linking the club with a move for Manchester United star Paul Pogba. Pogba started his professional career at Manchester United but joined Juventus in 2012. Two years ago he returned to Old Trafford for a then-world record transfer fee. But the […] 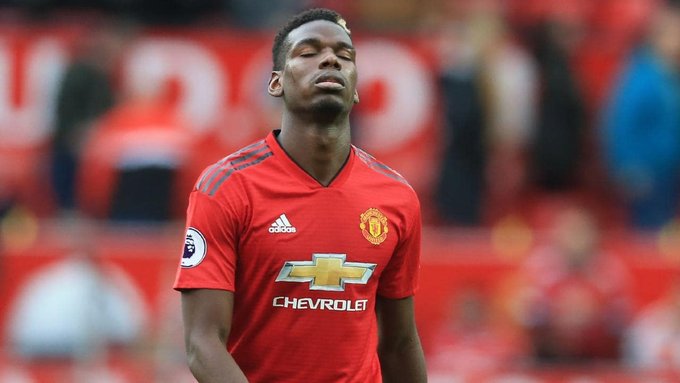