Chelsea boss Maurizio Sarri has said that he is not sure whether his players are still with him after his side’s 2-0 defeat to Manchester United in the FA Cup.

The Blues have now lost three of their last five matches in all competitions without scoring, with Bournemouth and Manchester City inflicting 4-0 and 6-0 defeats, respectively.


Sarri has just six days to try and motivate his players before their Carabao Cup final against City, a game which could prove decisive in whether or not he stays at Chelsea.

And the Italian conceded he was not entirely sure if his players still backed him after the recent run of poor results.

“I think [the players are still with me]. Of course, I am not sure, but I think so,” Sarri said after the game.

Sarri also voiced his frustration at the lack of fight his team showed – a criticism he has mentioned before.

“We need all to improve because I am not able to get out of my players a very high level of aggression and determination.”

He defended his team’s performance as a whole, however, saying that they were ‘unlucky’.
“I think that, with the result, we were unlucky,” he said.

“Then in the second half, it was really very difficult to play because they are a really physical team and defended very low, compact.


“So we played confused football in the second half. But, in the first half, we played well.

“We need, of course, more aggression, more determination in the situation inside our box, and inside the opposing box.

“Because the difference was there. We played 78 balls in the opposing goal, and United played only 16 into our box, and it was 2-0. That was the difference.”

Chelsea play Malmo next in the second leg of their Europa League knockout game, having secured a 2-1 victory in the first leg

Tue Feb 19 , 2019
Leonardo Bonucci has revealed that he rejected Real Madrid to rejoin Serie A side Juventus from AC Milan last summer window. After seven seasons at Juventus from 2010 to 2017, Bonucci made the transfer to AC Milan for the 2017-18 campaign. Despite making 51 appearances and signing an initial five-year […] 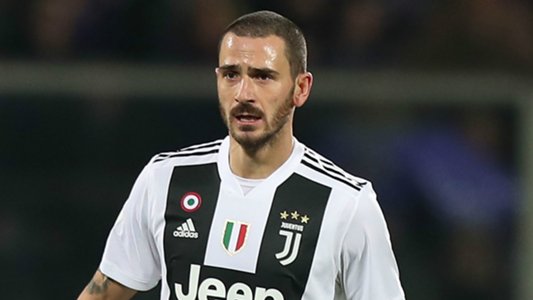