The Belgium international has spent six years at Chelsea and won two Premier League titles and the Europa League while at the club.

He has constantly flirted with Real Madrid, and even suggested earlier in the month that he would be open to a move to Santiago Bernabeu.


Zinedine Zidane has been an admirer of Hazard for a couple of years and, while he is no longer the manager of Real, the La Liga club remain interested in signing the Belgian.

According to Marca, Hazard’s father Thierry took matters into his hands by contacting Real Madrid to offer them the opportunity of signing the 27-year-old.

He reportedly explained that talks over a new contract at Chelsea were on hold as Hazard believes the time is right to move.

The Blues will not partake in the Champions League next season after finishing fifth in the English Premier League last season.


Marca claim this is one of the most significant factors for Hazard as he considers leaving Chelsea after six years.

Before the World Cup, Hazard said: ‘I do not want to talk about transfer right now. I have been asked so many times about that. I am focused on the World Cup.

‘But as I said before, I won everything in London except the Champions League. If I’m here in my career, it’s thanks to Chelsea.

‘It would be too easy to say: I want to leave because I have done everything.

‘It is for that before everything that I would really like to know what will happen at the club next year. ‘I am waiting to see if the coach stays or leaves.

‘If I stay, it will be because the team will be better than the season we have just had. ‘I do not want to stay if we are less good.

‘Real Madrid can interest me, everyone knows it. But if tomorrow this club does not want me, we will not talk about it anymore.


‘If they want to buy me, they know what to do. Go there for the sake of it… no. It takes a project. I still have a project in Chelsea. If I have a good World Cup, things will be easier.’

Hazard has enjoyed a good start to the World Cup, scoring a brace in Belgium’s 5-2 win over Tunisia on Saturday.

Winning their first two games comfortably, Belgium have already booked their place in the last-16 ahead of their last group game against England.

Paul Pogba admits he had issues with Jose Mourinho

Mon Jun 25 , 2018
Manchester United midfielder Paul Pogba has revealed he had “small issues” with boss Jose Mourinho last season. Mourinho dropped Pogba against Huddersfield in the Premier League and Sevilla in the Champions League after taking him off in their loss at Wembley against Tottenham. Mourinho’s treatment of the France international, who […] 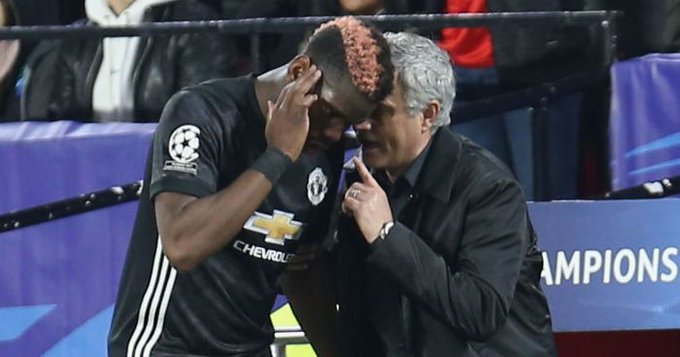