Willian has dismissed claims he wanted to leave Chelsea in the summer transfer window.

The Brazilian was strongly linked with transfers to both Manchester United and Barcelona before the summer window closed.

Barcelona had at least two offers rejected by the Blues, while the United were said to be considering a bid of their own to improve Jose Mourinho’s squad.


Willian played under Mourinho at Stamford Bridge and even conceded he hoped to work with the Portuguese again amid talk of a move to United.

But the 30-year-old has dismissed speculation he was interested in leaving Chelsea and says he wants to remain at the club for ‘as long as possible’.

‘A lot of people they say a lot of things in the press, but I never said that I want to leave Chelsea, never,’ he said .

‘Always I say that I want to stay at Chelsea as long as possible, and I am happy to stay here.

‘When I arrive here my plan was to stay here as long as possible and now I am here five years I hope stay five more!


‘I know I have two years of contract left but I hope to stay more years in the Premier League.

‘I am very happy to be here five years. I have won titles and played a lot of games with a lot of happy moments, and a few sad moments as well but that is part of football.

‘But these five years have been very good for me and I am proud to be a Chelsea player.’

Willian has featured in all four of Chelsea’s Premier League games this season, helping new head coach Maurizio Sarri make a perfect start to his new job at the Bridge.


Only Chelsea, Liverpool and Watford are yet to drop a point in the Premier League this season. The Blues face Cardiff City on September 15.

Sun Sep 9 , 2018
John Terry believes Jose Mourinho ’s Manchester United team are struggling in the Premier League due to a lack of characters in the dressing room. Mourinho has spent over £300million in just over two years in an attempt to bring United back into Premier League title-winning contenders. United finished 19 […] 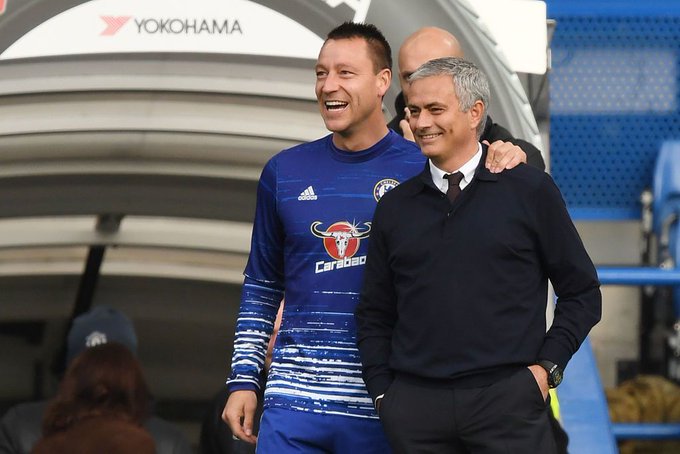